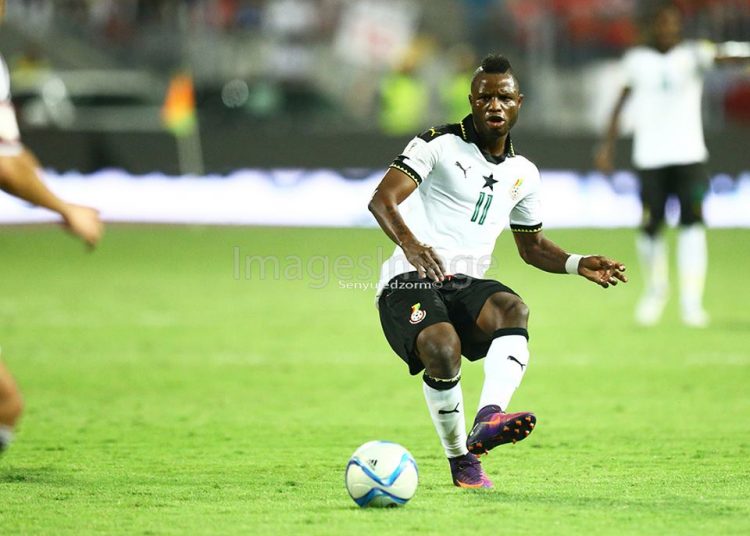 Ghana and Deportivo Alaves midfielder Mubarak Wakaso believes how his fellow team mates in the national team conduct themselves off the pitch will be key to ending Ghana’s Afcon drought.

In the past, players have been reported to indulge in actions that have derailed the focus of the team.

These activities vary from confrontations with management of the team over bonuses as well as disagreements over personnel selections.

The Black Stars have managed an appearance in the finals and semifinals in the last two editions of the competition.

According to Wakaso the team must exhibit a different level of maturity in the upcoming tournament in Egypt to accomplish what they haven’t in the past.

“Automatically we have to be under pressure because for the past three Afcons we always make it to the semi-final but yet we don’t win it.

“We always have it mind to come back with the trophy but it hasn’t happened.

“I think as a player we need to sit down and put things in order before we move to this particular tournament.

“The problem remains how we will manage ourselves outside the pitch before we go on to play,” he told online outlet Football made in Ghana.

The Black Stars will battle it out in Group F with defending Champions Cameroon,Benin and Guinea-Bissau.