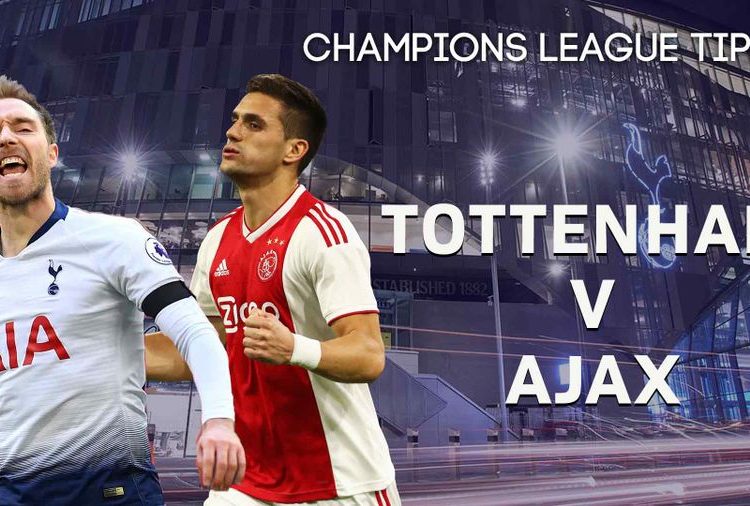 The UEFA Champions League returns in midweek with tasty semi final first leg match ups to look forward to. Fearless underdogs, Ajax Amsterdam will look to continue their dream journey in the competition when they visit crocked Tottenham Hotpurs. Here are a selection of tips and odds on Betway.

Tottenham Hotspurs have already made history with a first semi final appearance in the champions league. When you consider they only picked up one point in their first 3 group stage games and still managed to progress from a group containing Barcelona and Internationale, their achievement is nothing short of extraordinary.

And after a cracking quarter final against Manchester City, Mauricio Pochettino’s men seem to have run out of enthusiasm, as well as steam. They have lost 2 of the 3 games since that Man City game. And the only one they won, against Brighton, was a labored victory.

Their efforts are not helped by injuries to key players like Harry Kane, Harry Winks, Sissoko. They will also miss the services of Son Heung-Min, who is suspended for the first leg.

While Pochettino has also complained about fatigue to his players, Ajax are fresh, with the Eredivisie postponing the last round of matches in the league to enable them prepare for the Spurs game.

Ajax have an excellent record in the competition, scoring away from home in each of this season’s competition. Having already won at the Bernabeu and the Juventus Stadium, they will fancy themselves at the brand new One Billion PoundTottenham Hotspurs Stadium.

It almost appears Spurs are still in celebratory mood, never quite managing to pinch themselves and let the reality of their situation sink in. While Spurs have been solid at home, Ajax have scored a thumping 160 goals away from home in all competitions this season.

I’m predicting a win for Ajax. You can back them to win on Betway at 3.34 odds. For a less risky bet, go for a double chance for Ajax for 1.64 odds, which is still pretty impressive.

Either way you look at it, this should be a fascinating game to watch.

Head to Betway.com.gh to place your bets on this match and many other games happening on Tuesday night.