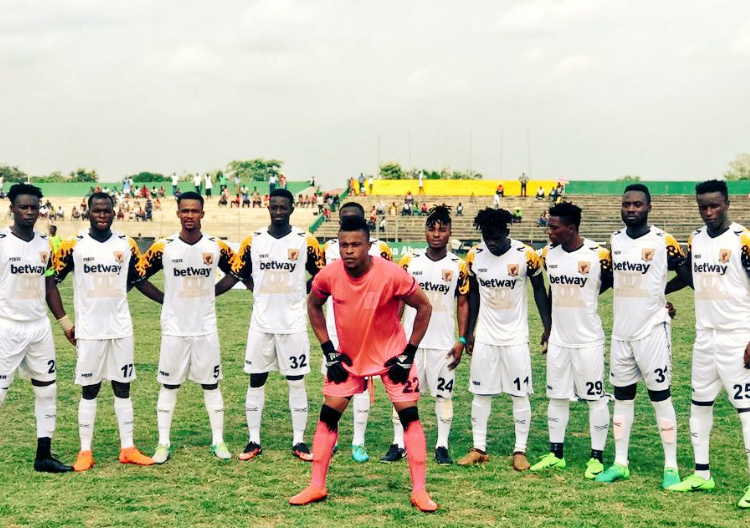 Ashantigold will qualify with victory on the last day

There were generally mixed results for the “Betway 4” in match week 9 of the ongoing NC Special Competition.

Medeama failed to extend their lead at the top of Zone A after they succumbed to a 2-1 loss to Eleven Wonders. Liberty Professionals could only manage a 0-0 stalemate away to Dreams FC.

But there were positive outcomes for Ashantigold and Aduana Stars, who secured victories over Berekum Chelsea and Bechem United respectively.

The Mauves and Yellows moved top of Zone A following a 2-1 victory away to Berekum Chelsea in midweek. Samuel Boadu’s went into their game against Eleven Wonders as favorites. But they were shocked when Hardi Muhazu fired the home side ahead.

When Matthew Essiam pulled level, there was hope of a comeback on the cards. But Solomon Afriyie scored to condemn Medeama to their 2nd defeat of the competition.

Despite the defeat, Medeama still remain top of Zone A, 2 points clear of Asante Kotoko who have a game in hand.

Aduana Stars stayed 3rd in Zone A with a routine 2-0 victory over regional rivals Bechem United at the Baba Yara Stadium in Kumasi.

Aduana, serving a home ban after the Nana Agyemang Badu I stadium was handed a temporary ban for crowd violence, took the lead through Yahaya Mohammed before Abdul Fatawu Rahman’s second half strike secured the win for the Ogya Boys.

Norwegian trainer Kjetil Zachariassen got his Ashantigold career off to a winning start after his side came from behind to beat Berekum Chelsea at the Len Clay Stadium.

And his tactical acumen was immediately called into question when captain Braimah Ali Foster put the visitors ahead inside 12 minutes, a lead they held until the break.

Back from recess, Owusu and Ivorian Richard Dodzi scored to complete the turnaround and give Ashantigold the 3 points. They remain 3rd in Zone A.

Liberty got a vital away point after they held Dreams FC to a 0-0 stalemate at Dawu.

Reginald Asante Boateng’s men beat Dreams 1-0 in the reverse fixture and have now taken 4 points from them in the two matches involving the two teams.

Liberty remain 5th in Zone B with 12 points, 6 adrift of leaders Hearts of Oak.