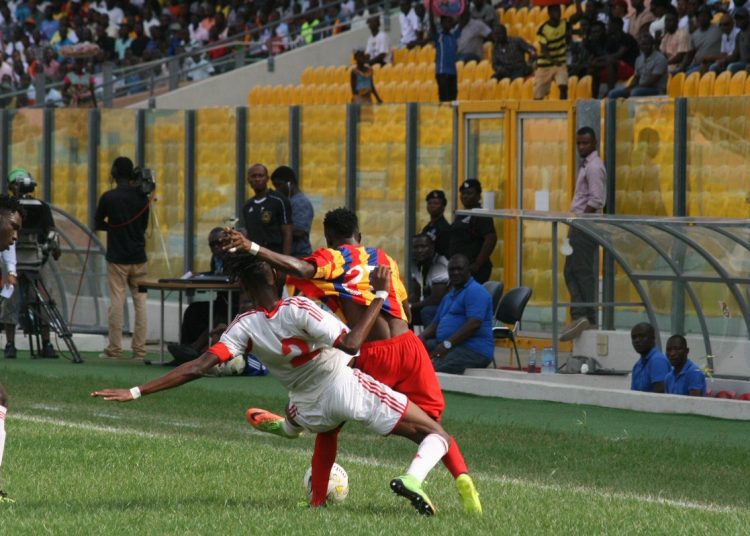 With nine weeks already gone in the Normalisation Committee Special Competition, the two groups are starting to shape up nicely.

Seven matches were played on Sunday with only Asante Kotoko not taking to the field of the 15 participating teams.

This gave Medeama an opportunity to go five points clear of the Kumasi side when they travelled to Eleven Wonders but it was not a good weekend for the away sides.

None of the away teams managed to earn all three points in the seven games that were played, with only one match ending in a draw.

16 goals were scored across the seven match centres, with about 81% of them (13 goals) being scored by the home sides.

The goals were by sixteen different scorers.

The away sides scored only three goals this matchweek, with four teams failing to find the net at all.

Hearts of Oak were the biggest scorers this weekend, netting four goals at home to WAFA while Dreams FC, Liberty Professionals, Bechem Utd, Elmina Sharks and the Sogakope club would certainly have wanted to be even a quarter as prolific as Hearts, as none of them managed a goal.

Of the sides to pick up three points on Sunday, only Karela scored less than two goals with two each for Ashgold, Aduana, Eleven Wonders and Ebusua Dwarfs in addition to Heart’s four-goal haul.

The results leave Medeama (16 points) two points clear of Kotoko in Group A having played a game more, with Aduana a further two behind in third.

Hearts of Oak (18 points) are a point clear of Karela in Group B with WAFA and Elmina Sharks following with 15 and 14 points respectively.