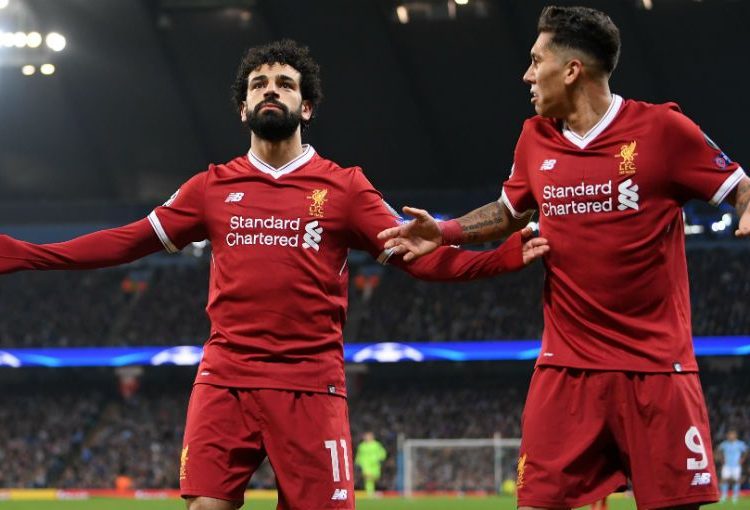 Salah left the pitch on a stretcher after an aerial collision with Newcastle keeper Martin Dubravka during Saturday’s 3-2 win.

Manager Jurgen Klopp says concussion will keep Salah out, as Liverpool look to overhaul a 3-0 deficit at Anfield.

Firmino missed the win over Newcastle with a muscle injury.

“Two of the world’s best strikers are not available tomorrow night and we have to score four goals,” said Klopp.

“It doesn’t make life easier but we will try for 90 minutes to celebrate the Champions League campaign to give it a proper finish.

“That’s the plan. If we can do it, wonderful. If we can’t do it, let’s fail in the most beautiful way.”

Salah appeared to be in tears when he was carried from the pitch at St James’ Park but Klopp says the Egypt international now feels “OK”.

“It’s not good enough from a medical point of view,” Klopp added. “He is desperate to play but we cannot do it.

“It’s a concussion. That means he would not even be allowed to play.”

Klopp is confident Salah will be able to play in Liverpool’s final Premier League game of the season against Wolves at Anfield on Sunday, where the Reds could win the title for the first time since 1990.

Firmino was introduced as a substitute on 79 minutes in the away leg at Barcelona, shortly after Lionel Messi had extended the advantage to 2-0.

The Brazilian – who was left out of the win over Huddersfield prior to the Barca trip – then did not feature against Newcastle.

Firmino has 16 goals for the Reds this season, with Salah contributing 26.

“We have to make a lot of decisions. Tomorrow night is the third game in six days,” Klopp added.

“Barcelona changed 11 positions at the weekend. We will see what the outcome is.”