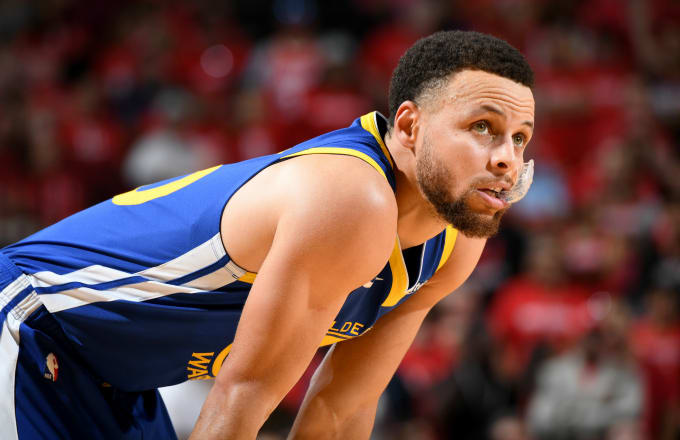 he Golden State Warriors are convinced that star guard Stephen Curry will break out of a series-long slump heading into Game 4 of their Western Conference semifinal against the Houston Rockets.

“I think Steph has a good balance of beating himself up and just moving on with life,” Warriors forward Draymond Green said on Sunday. “And I think that’s important.

It’s part of the reason he’s the shooter that he is. I think if you talk to anyone who plays basketball, the toughest thing is to miss shots and keep shooting. Your confidence wavers, you start to think — Steph will miss four in a row and then heat-check the fifth one. Like from 35 feet.

I don’t know if that’s good or bad, but it [works] for him. So I know he don’t make too much off it. As a competitor I know he’s pissed with himself and I think that will bode well for us. Probably it’s going to lead to some aggressiveness, and we like when he’s aggressive so I think he’ll be fine.”

Curry played arguably his worst game of the season during a 126-121 overtime loss in Game 3 on Saturday night, shooting just 7-for-23 from the field and missing a wide-open breakaway dunk with 19.2 seconds in overtime that left fans and players stunned. Curry, who dislocated the middle finger on his left hand in the first quarter of Game 2, has brushed aside talk of the injury bothering him, despite the fact that he has had to tape his middle finger and his ring finger together since the injury.

Warriors coach Steve Kerr had a quick answer ready when asked how Curry responds after a bad game.

“He usually has a good game,” Kerr said.

Kerr doesn’t expect the two-time MVP to change anything up heading into Monday night.