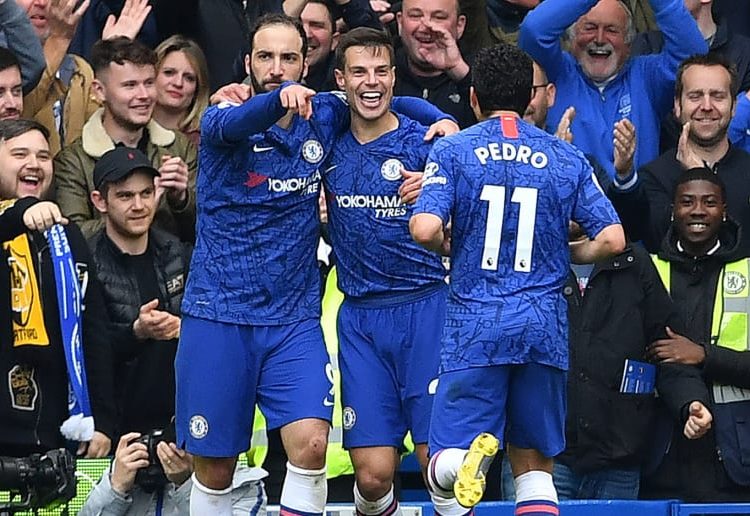 Sunday was a critical day in the Premier League as the final two spots in the top four were all but confirmed.

Chelsea who began the weekend in fourth place went one better, as they were the only one of the four teams still in with a chance of making it into next season’s UEFA Champions League, to pick up a win.

The 3-0 thumping of Watford at Stamford Bridge, coupled with Tottenham’s loss the previous day to Bournemouth had taken Chelsea third with one game to play.

However, that game (at Leicester) was rendered quite meaningless following draws for man United at Huddersfield and for Arsenal at home to Brighton.

Chelsea will play in next season’s Champions League along with Man City, Liverpool and in all likelihood, Tottenham.

The results left Spurs three points clear of Arsenal with a goal difference of +8, meaning Arsenal would need a huge win in their final game of the season and hope Spurs lose heavily against Everton as well.

Chelsea will always make u proud but those guys who wear Red top and black down de3, animguase3 nkoaaa 😂

Ofuuuu Man U. Relegated team too no for beat them even with Fergie time. Apuuu. Yawa. Even Chelsea with all of its struggles is 3rd on the league…I repeat…3rd…as in No. 3 after Man City and Liverpool. That’s what I’m talking about💙💃🏿💃🏿

Europa league Draw 2019 season.
Which pot will Man Utd be put in? pic.twitter.com/apyL0HrMbe

I want to pursue bae like how Man United has pursued 6th position.

When you here you’re playing Europa League next season😂😂😂 pic.twitter.com/i1RihuShNM

If Arsenal is eyeing the Europa trophy to qualify for Champions League,they should forget it. Shambolic team by all standards!

Chelsea should just allow Arsenal to win the Europa..

United fans watching Europa next season, with a lot of disgust. pic.twitter.com/sOyDwvg6iG

😂😂😂😂😂😂😂😂 My in… My in… Mi mu Mi mu y3 mi ya…. And it’s official man utd finally playing Europe next season by force and friction 😂😂😂😂…
No problem they won’t face ant top team to humiliate them after all

Arsenal can still qualify to the Champions League if they win the Europa League. They lead 3-1 against Valencia, heading into the second leg in Spain.

But with Chelsea looking like their likeliest final opponents, qualification to the UCL next season is  certainly not nailed on.