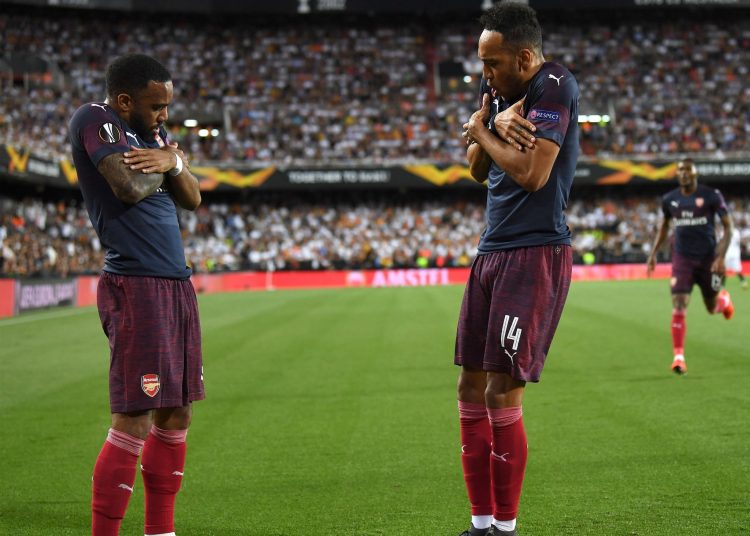 Pierre-Emerick Aubameyang scored a superb hat-trick to send Arsenal through to the Europa League final after a clinical 4-2 win at Valencia (7-3 on aggregate).

Valencia halved the two-goal deficit from the first leg through Kevin Gameiro’s close-range finish (11), but Aubameyang gave Arsenal further control in the tie with a fine half-volley shortly after.

Alexandre Lacazette then put the Gunners ahead on the night with a finish into the corner from 15 yards, meaning Valencia needed four, and they got one through Gameiro’s bundled finish.

But Arsenal regained their advantage through Aubameyang’s near-post finish, and the Gabon striker got his hat-trick and 29th of the campaign with a thumping effort from an acute angle.

Arsenal will face Chelsea in the final in Baku on May 29 after their dramatic penalty shoot-out win over Eintracht Frankfurt, meaning four sides from the same country will contest the finals of Europe’s two premier competitions for the first time ever.