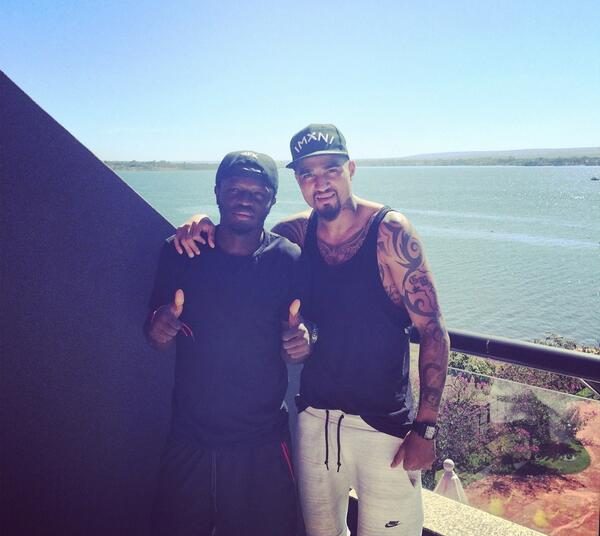 Chairman of the GFA Normalization Committee, Dr Kofi Amoah, has made a humble appeal to Black Stars head coach Kwesi Appiah to look into the possibility of including veterans Sulley Muntari and Kevin Prince Boateng in Ghana’s Afcon 2019 squad.

Appiah who has a well documented history with the pair is expected to name his provisional squad in the next few days.

The two players have not represented Ghana since the 2014 World Cup in Brazil after separate incidents led to their expulsion indefinitely.

He has been capped 84 times by Ghana and scored 20 goals.

Kevin Prince Boateng on his part was accused of petulance and the use of swear words in his interactions with Appiah during the tournament.

Appiah has since repeated on several platforms that he is willing to consider bringing the duo back into the fold if they render an apology.

The gaffer hinted after Ghana’s final qualifier against Kenya that there will be surprises when he finally picks the team that will represent the nation.

Dr. Kofi Amoah seems to believe that Egypt 2019 presents the perfect opportunity as Muntari now plays for Albacete in the Spanish Segunda while Kevin has just picked up a league winners medal with FC Barcelona.

“I have told Coach Kwasi Appiah that Sulley Muntari and Kelvin Prince Boateng have called me that they want to play for Blackstars for this AFCON”- Dr Kofi Amoah on Metro TV.

“I had a call from Sulley Muntari and the way he was talking with passion I couldn’t believe it. He said if coach Kwesi Appiah will only play him for 15 minutes, he will be grateful and accept it.”

“This is a player who was clubless but now playing regularly but I think the final decision is in the hands of the coach. I have told Kwesi Appiah that Kevin Prince Boateng is a good player but the coach has the sole authority to pick any play of his choice ahead of the AFCON.” he revealed on Metro Tv’s Good Evening Ghana show.

Ghana will go up against defending Champions Cameroon,Benin and Guinea Bissau in Group F of the expanded version of the Afcon.