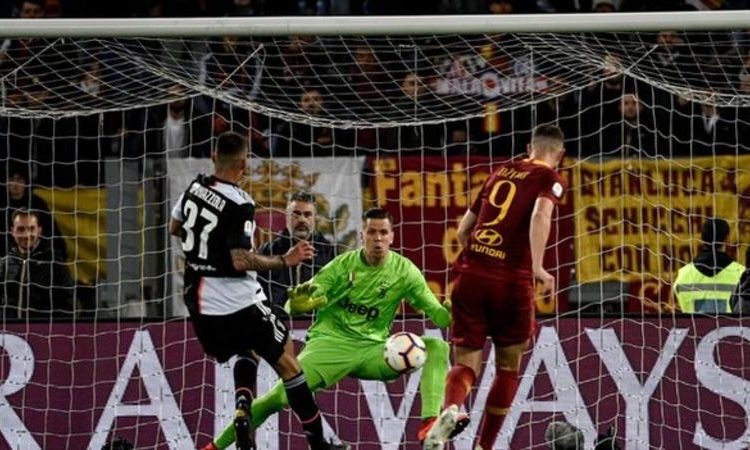 Roma boosted their hopes of qualifying for next season’s Champions League with victory over Serie A champions Juventus.

Alessandro Florenzi broke the deadlock with 11 minutes remaining before Edin Dzeko sealed the win late on.

Cristiano Ronaldo had a goal disallowed for offside for Juve, who were sporting their controversial new home kit.

Claudio Ranieri’s Roma move to within a point of fourth-placed Inter Milan, who host Chievo on Monday.

Both teams struck the woodwork in an entertaining first half at the Stadio Olimpico, Lorenzo Pellegrini firing against the crossbar before goalkeeper Antonio Mirante parried Paulo Dybala’s effort on to the post.

Juventus and second-placed Napoli are already guaranteed Champions League football next season, but the battle for the two remaining top-four places is set to go down to the wire with just three points separating Roma in sixth from Atalanta in third.

The Giallorossi, who take on Sassuolo away and Parma at home in their final two games, also face competition from AC Milan and Torino in the race for a Champions League spot.