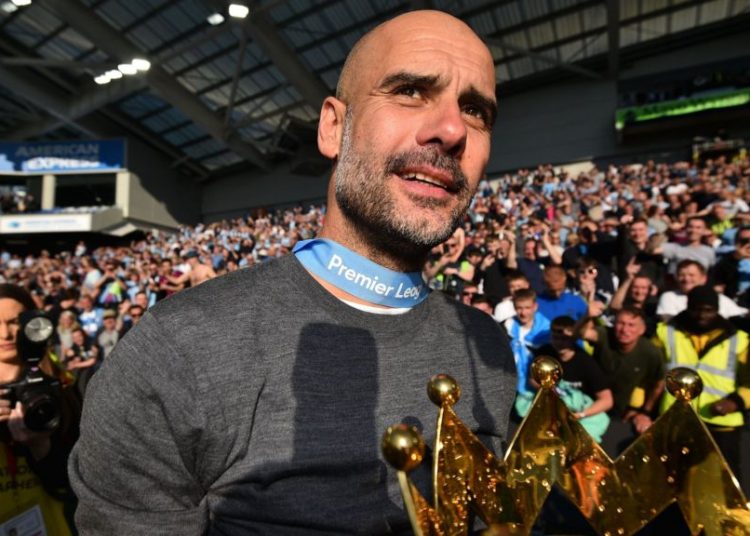 Manchester City manager Pep Guardiola says retaining the Premier League trophy this year was the “toughest” title of his career.

City came from behind to claim a 4-1 victory over Brighton at the Amex Stadium on Sunday and finish above Liverpool by one point.

It is the eighth time in Guardiola’s past 10 seasons as a manager that his side have won the league.

“To win the title we had to win 14 games in a row,” said Guardiola.

“This was the toughest title in all my career, by far.”

Liverpool went to Etihad Stadium in January leading by seven points but were beaten 2-1 by City, their only defeat of the campaign.

Following a 2-1 defeat by Newcastle later that month, City won a league record 14 straight matches to end the season on top.

The Reds finished on 97 points, the third-highest top-flight total in English football history – behind City’s title triumphs this season (98) and last season (100).

“I have to say congratulations to Liverpool of course, thank you so much,” Guardiola told Sky Sports.

“Last season Manchester City made the standards. They helped to push us and to increase our standards from last season.

“To compete against this team pushed us to do what we have done. It’s incredible, 198 points in two seasons.

“Normally if you get 100 points the tendency is to go down but Liverpool helped us to be consistent.”

Guardiola won three La Liga titles in a row in his first three years in charge at Barcelona and three consecutive Bundesliga titles in his three seasons at Bayern Munich before joining City.

The Spaniard, 48, said he expected next season to be tougher still as his side seek a third straight title.

“It will be tougher but we will be stronger too,” said Guardiola.

“When you can win two in a row I have the feeling that next season we will come back and try to be who we are right now.”