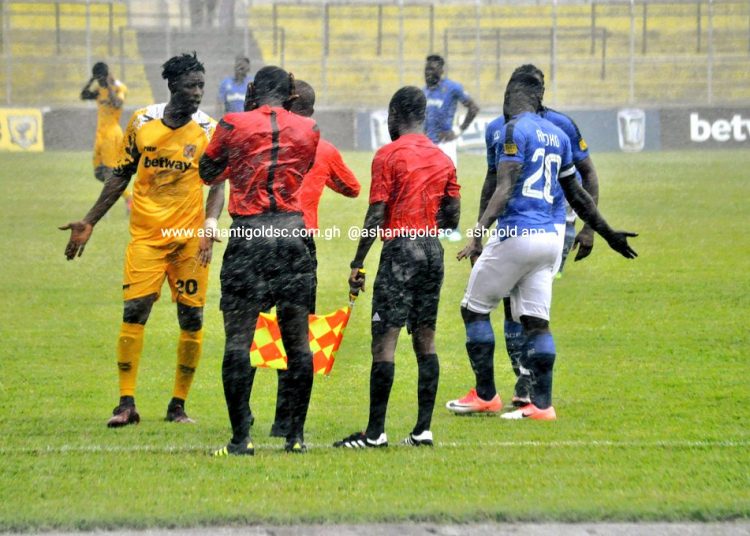 Most often in sports parlance, “raining goals,” is used metaphorically to describe an avalanche of goals in a football game. But every once in a while, forces combine to create a literal meaning for the term.

With three matches to the end of the NC Special competition, Ashantigold desperately needed to breathe life back into their campaign that was fast escaping the cusps of their reach.

The Miners started their game against Aduana Stars, 5th on the table in Zone A, one point and one place behind their opponents, and 4 points from 2nd, the last semi final spot in that zone.

Kjetil Zachariassen’s men knew anything but a win, would have ended any hopes they had of finishing in the top two. 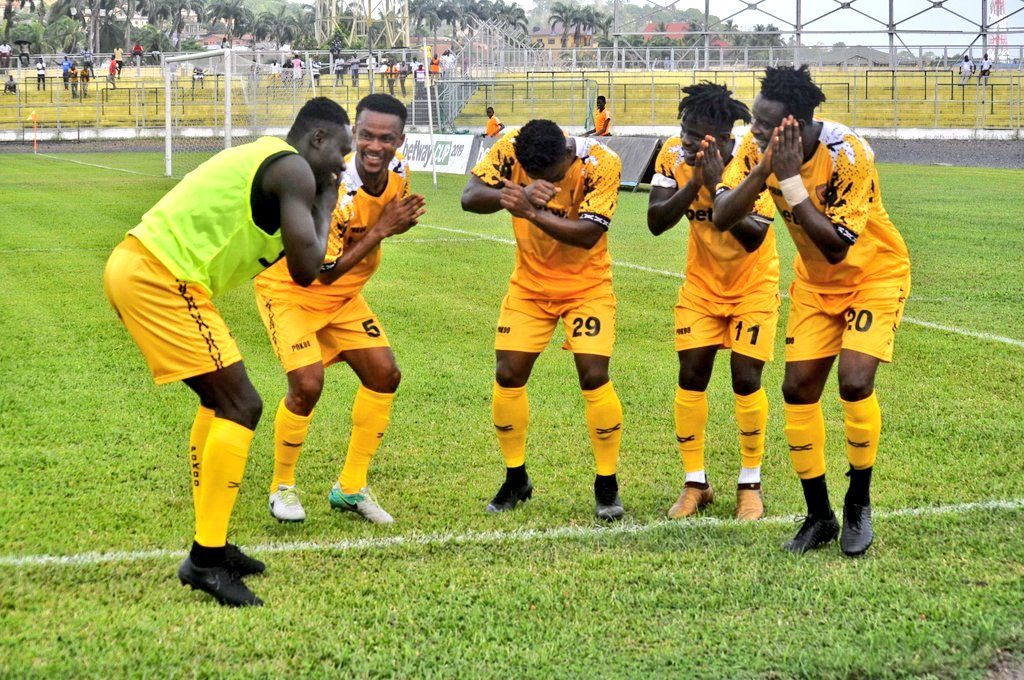 All elements considered, this was destined to be a classic. And boy was it.

And when the first goal came, with only 4 minutes played, it was befitting that it came from Shafiu Mumuni, a modern day icon, who represents the desire and power that Ashantigold can at times, wield. And it was the perfect start the Miners needed, the firelight that stoked the Len Clay atmosphere.

But when Shafiu turned a corner into his own net for the Aduana equalizer 15 minutes later, there were more than a few dozen people with murmurs of disappointment, an apprehension that things could go tragically awry and their season collapsing to ruins.

The heavens had opened and a heavy downpour descended in Obuasi just after the opening goal, halting the game for nearly an hour. Shafiu’s own goal was scored moments after the game resumed. It was almost as if the rains came to put out the fire from the opening goal. Even nature was against them, some thought.

But soon, the stadium went up in flames, as Shafiu scored twice more before half time, to complete his hat-trick. Or a quadruplet, if you like.

Hero. Villain. Hero again. Shafiu had single-handedly decided the first half of the game to give the 4-time Ghana Premier League Champions a comfortable 3-1 lead heading into the break.

The second half was more tactical, more about managing the result. When Amos Nkrumah tapped home a 4th for the host in the 85th minute, it was no longer a goal that made the result safe, but one that completed a humiliation for W.O Tandoh’s Aduana Stars.

Ashantigold needed the result, and they got it, through a striker they can fondly refer to us one of their own. Shafiu was the hero promised, the hero they got.

With two games remaining, Ashantigold are now just 1 point behind Kotoko and 2 behind Medeama, setting up a pulsating finish to Zone A of the NC Special Competition.

NC Special: I wanted to give my players some ‘hot lashes’ – Johnson Smith

Confirmed: Ruben Loftus-Cheek out for 6-9 months with an Achille's tendon injury