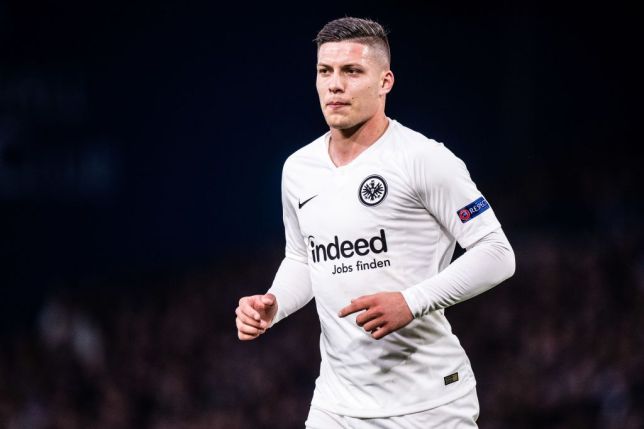 Real Madrid have completed the signing of highly-rated striker Luka Jovic from Eintracht Frankfurt for a fee worth €60m (£52.4m).

The 21-year-old has agreed a five-year contract worth approximately £165,000 per week to move to the Bernabeu and will provide competition to Karim Benzema in Real’s attack.

Frankfurt only signed Jovic on a permanent basis last month when they activated a purchase option in his two-year loan agreement, buying him from Benfica for just €12m.

The Bundesliga side have therefore made a mammoth profit on the Serbia international, although Sky reports that Benfica will be due a cut of the fee worth around £10.5m due to a sell-on clause.

Jovic has been in sensational form this season for Frankfurt, scoring 27 goals in 47 games in all competitions, including ten in the Europa League with The Eagles defying expectations to reach the semi-final stage.

He will become Real’s second major signing of the summer already after they completed a deal for Porto and Brazil centre back Eder Militao in March for a reported fee of €50m (£42.7m).

Zinedine Zidane’s revamp of the squad is unlikely to stop there either with Chelsea’s Eden Hazard and Tottenham’s Christian Eriksen both rumoured to be top targets.