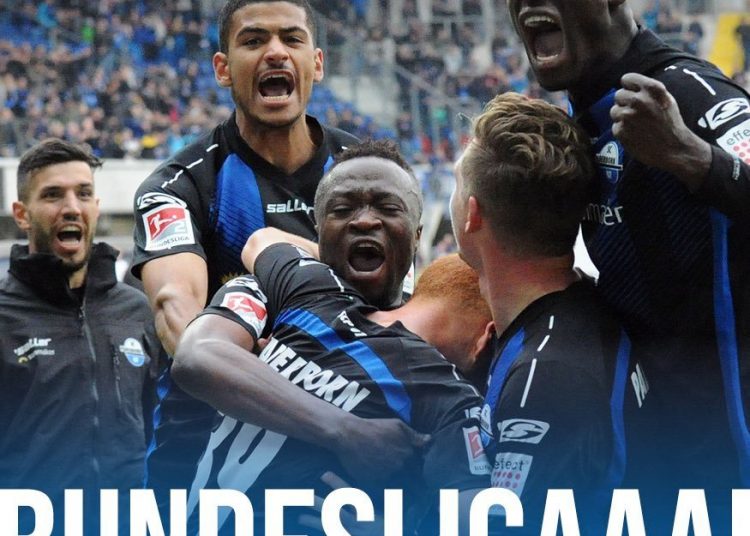 Black Stars striker, Bernard Terkpetey has secured promotion to the German Bundesliga with SC Paderborn 07 despite losing on the final day of the Bundesliga II season.

Paderborn finished second on the Bundesliga II table on goal advantage after ending on 57 points with Union Berlin.

Paderborn lost 3-1 to Dynamo Dresden on the final day, but Union Berlin’s failure to beat Bochum, handed the advantage to Paderborn who had a better goal difference.

Tekpetey was introduced into the game in the second half as Pardeborn finished on 57 points in second position behind FC Cologne who had already qualified.

Paderborn return to the Bundesliga following their relegation in the 2014/2015 season after just one season in the German top division.