Hearts of Oak also consolidated top spot in Zone B 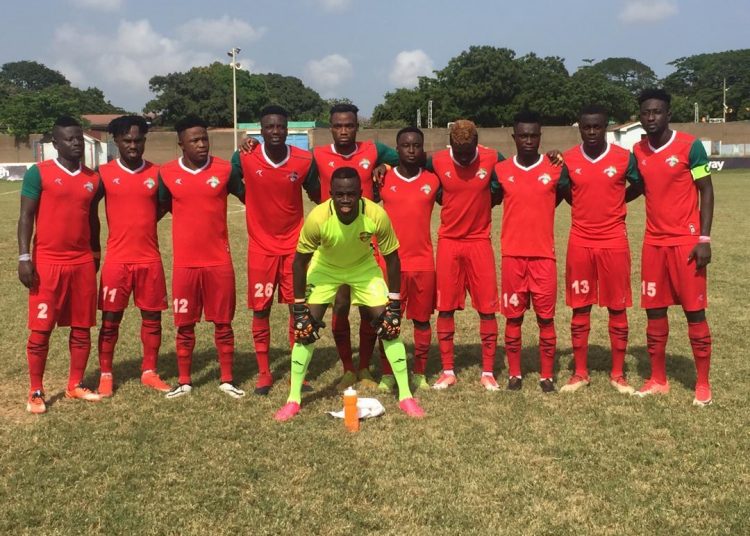 Kumasi Asante Kotoko returned to the top of Zone A with a 2-0 win over Medeama at the Baba Yara Stadium in Kumasi.

Goals from the returning Songne Yacouba, and Abdul Fatawu Safiu, the latter’s 8th of the campaign, secured all 3 points for the Porcupine Warriors which lifted them above their opponents into first position with just one game to go. Medeam slip to 3rd on the table, 2 points behind the Porcupine Warriors.

But Kotoko’s qualification to the semi finals of the competition is far from secured, after Ashantigold beat Bechem United 4-0 in Obuasi to move to 2nd position, one point off Kotoko.

Shafiu Mumuni’s scored a penalty, which was sandwiched by goals from MacCarthy Appiah and Amos Kofi Nkrumah, after Douglas Opoku had scored an own goal to give Ashgold the lead.

The Miners are now the highest goal scorers in Zone A with 14 goals.

Elsewhere in Zone A, Eleven Wonders held Aduana Stars to a 0-0 draw while Berekum Chelsea were not in action.

In Zone B, Hearts of Oak ensured they will finish top of the table with a thumping 3-1 at home to Elmina Sharks.

Christopher Bonney converted a first half penalty before second half goals from Umar Manaf and captain Fatawu Mohammed gave the Phobians their 9th win in the competition, the most by any club. George Amonoo scored the consolation for Sharks.

Karela beat Dreams FC 2-0 at home with goals from Solomon Sarfo Taylor and Patrick Yeboah, while Liberty grabbed a 2-1 win away against Ebusua Dwarfs. Elvis Kyei Baffour scored right after kick off before Razak Issah pulled parity for the home side. But captain Simon Zibo made sure of the win with a 73rd minute goal.

With one game left to play, Karela (24 points) and Liberty Professionals (22 points) are separated by 2 points and a draw on the last day will be enough to send Karela through on the last day while Liberty will need to win and hope Karela lose in order to secure a semi final place.

Elsewhere, Inter Allies got only their second win of the campaign with a 4-2 victory over WAFA with both teams out of contention for a semi final qualification.

Samuel Armah scored a brace while, Fuseini Mohammed and Michael Otoo also contributed a goal each for Allies. Justice Amate and Abukari Ibrahim scored for WAFA.