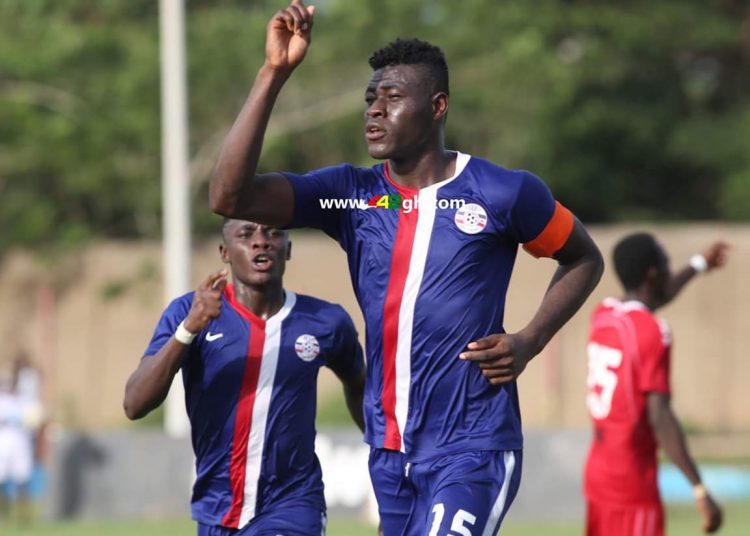 With all the drama from the past weekend, the Normalisation Committee Special Competition got shunted into the background a bit.

However, the action was as frenetic as usual with the two groups finely poised as teams hope to join Accra Hearts of Oak in the semifinals of the competition.

Here are the key stats from Week 13 of the NC Special competition:

There were seven games this weekend with the home sides restoring the status quo. Having been dominated by the away sides in the last gameweek, the home teams responded with five wins from seven games (Ashgold, Kotoko, Hearts, Inter Allies and Karela).

Only Liberty Professionals managed to pick up three points away from home (winning 2-1 at Ebusua Dwarfs), with the other game between Eleven Wonders and Aduana Stars ending goalless.

Hearts, on the other hand, are on a roll and have won nine of their 13 matches, the most in either group and two more than the next best side, Karela.

A staggering 21 goals were scored this weekend, an average of three goals a game.

16 of the goals were scored by the home sides with the away teams managing only five strikes between them.

Two sides (Ashgold and Inter Allies) scored four goals each; this is the second consecutive gameweek in which Ashgold have scored four.

Hearts are now on their own as the highest scorers in the competition with 20 goals and the best goal difference as well (+12).

Five teams – Medeama, Bechem Utd, Aduana, Eleven Wonders and Dreams – failed to score at all with four of them playing away from home.

Berekum Chelsea, who did not play this weekend, remain the lowest scorers with five goals while Inter Allies following their concession of two goals have now let in 21 goals, over five times more than Kumasi Asante Kotoko.

There were 19 different goalscorers this weekend with Inter Allies’ Samuel Armah being the only player to score more than one goal.

There was also one own goal scored by the unfortunate Daniel Owusu in Ashgold’s 4-0 win over Bechem Utd.

With Diawisie Taylor drawing a blank for Karela, Kotoko’s Fatawu Shafiu scored his eighth goal to go joint top of the goalscorers list. They have scored three more than any other player and look set to battle it out for the honours.

The battle for semi-final places

Kotoko moved to the top of Group A with their win over Medeama but could still be caught by the third place team.

With their huge win, Ashgold now move into second with only two points separating the top three sides.

Hearts strengthened their grip on top spot in Group B and remain four points ahead of Karela.