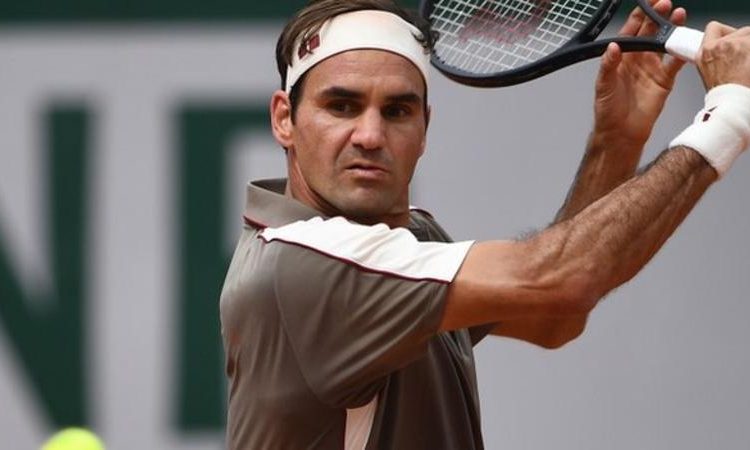 Roger Federer, appearing at Roland Garros for the first time in four years, won his only French Open title in 2009 (Image credit: AFP)

Roger Federer made a winning return to the French Open with a dominant first-round victory over Lorenzo Sonego.

The Swiss 20-time Grand Slam winner, playing at Roland Garros for the first time in four years, beat the Italian 6-2 6-4 6-4.

He arrived to a standing ovation on Philippe Chatrier court and left with the crowd on their feet in delight.

The 37-year-old will play German lucky loser Oscar Otte, ranked 145th in the world, in the second round.

Wimbledon champion Angelique Kerber said the pain from an ankle injury was “not my excuse” after her shock first-round exit at the French Open.

The three-time Grand Slam champion said she “did not have much expectation” after pulling out of the Madrid and Rome clay tournaments this month.

Muguruza was broken for a second time late in the first set by the world number 83 but breezed through to win the next two sets in the first main draw match on the new Simonne Mathieu court.

The 2016 French Open champion will play Sweden’s world number 172 Johanna Larsson in the second round, following her victory over Slovakian Magdalena Rybarikova.

Russian Potapova, playing in her first French Open, faces Marketa Vondrousova of the Czech Republic next.