Midfielder expected to travel with squad to Baku on Monday 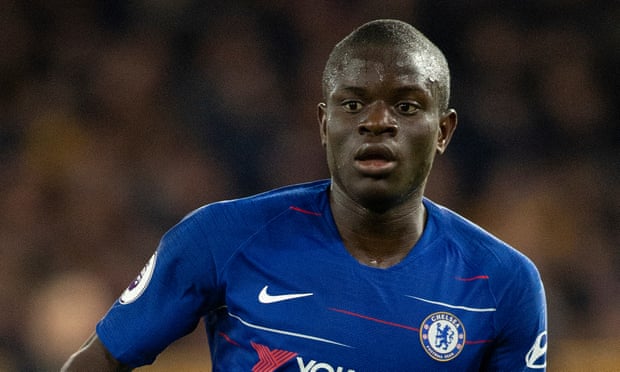 Chelsea have not given up hope of N’Golo Kanté playing a part in the Europa League final, despite the midfielder missing training on Monday to have treatment on a knee injury.

Kanté was due to travel to Baku the squad on Monday afternoon and his fitness will be closely monitored before a decision is made as to whether he plays against Arsenal on Wednesday, with Ross Barkley standing by to step in.

Kanté, who had only just recovered from a hamstring complaint that ruled him out of Chelsea’s previous two matches, twisted a knee while making a challenge in a training session on Saturday.

Although initial impressions of his prospects had been far from positive, the injury appeared to have settled by the time the player reported back on Sunday afternoon to be assessed by the medical department.

He drove himself into the Cobham complex again on Monday and was apparently moving freely enough, though he sat out the team’s final session before their departure for Azerbaijan and remains a doubt for the final.

Chelsea’s options for the game have already been limited after Antonio Rüdiger, Callum Hudson-Odoi and Ruben Loftus-Cheek were ruled out with long-term injuries over the run-in.