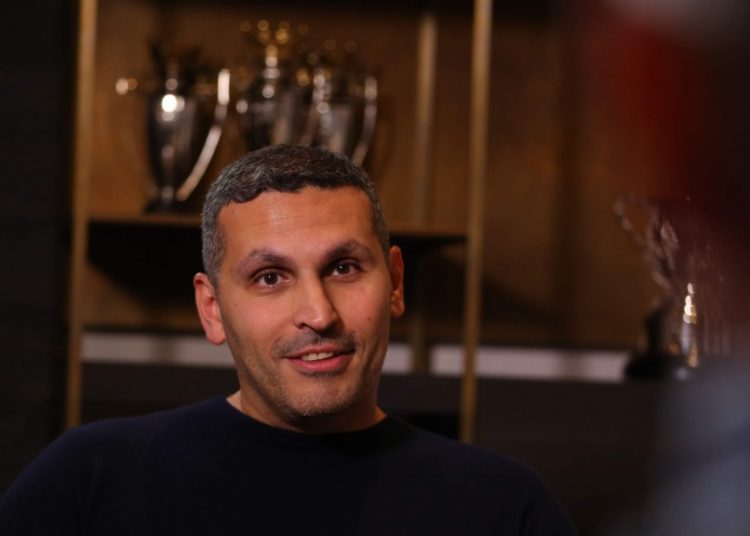 Khaldoon Mubarak has responded angrily to Javier Tebas, accusing the La Liga president of “hypocrisy”, with the Manchester City chairman also claiming jealousy among rivals is driving them to try to smear the club.

City have just completed a historic domestic treble yet face several investigations including one by Uefa regarding an alleged breach of Financial Fair Play regulations, which they deny.

Mubarak said: “With success there is a certain level of jealousy, envy, whatever you call it. You know when Manchester United dominated the Premier League for many years, they know what they had to deal with for so many years. It’s not easy for our competition, we know that.”

Last week Tebas accused City of distorting the transfer market and of damaging the European game with their “petrol and gas money”, claiming Paris Saint-Germain are doing the same. City are owned by Shiekh Mansour, a member of Abu Dhabi’s ruling family, and PSG by Qatar Sports Investment, which is linked to the country’s government by Nasser bin Ghanim al-Khelaifi, who is minister without portfolio and president of the French club. The government is headed by Emir of Qatar.

Mubarak claimed that Tebas had used ethnicity as a slur against City – and PSG – though it is unclear when the Spaniard did this.

Asked to respond to Tebas’s comment regarding oil and gas money and the two clubs, he said: “There’s something deeply wrong in bringing ethnicity into the conversation. This is just ugly. I think the way he is combining teams because of ethnicity. I find that very disturbing to be honest.

“He talks about how we distorted the market? There is a hypocrisy in this statement that is ironic. Number one, let’s look at the Spanish league, the time of breaking records on player acquisitions, I mean, who started that? Let’s go back to the world records, [Luis] Figo, [Zinedine] Zidane. These huge jumps in these transfers, where did they happen?”

Mubarak claimed that Tebas’s attack was on the whole Premier League. “There is a clear attack on the Premier League and that has been consistent coming from that way. Let’s not forget this is the best league in the world and, if you look at this season, there is no better testament to this statement where in the Champion League and Europa League you have four Premier League teams.

City are also facing a Premier League investigation regarding FFP and academy player recruitment. The Football Association is scrutinising the club over an alleged illegal payment when Jadon Sancho joined in 2015 and Fifa is investigating the signings of several under-18 overseas players.

Mubarak said: “Am I uncomfortable? No. I respect regulatory bodies doing their job and any regulatory process that asks questions. We have to professionally respond, which is what we have done. We are dealing with each of these entities as per the process, we have clear answers. I believe, quite comfortably, if the process is going to be judged on facts then unquestionably we will prevail.

“With Uefa, this is not the first time we have dealt with it. We are going through the appropriate steps and we’re confident in our position.”

In 2014 City were found guilty of breaching Uefa’s FFP rules and were fined £49m and suffered a cap on recruitment, though around £33m of these monies was refunded in 2017.