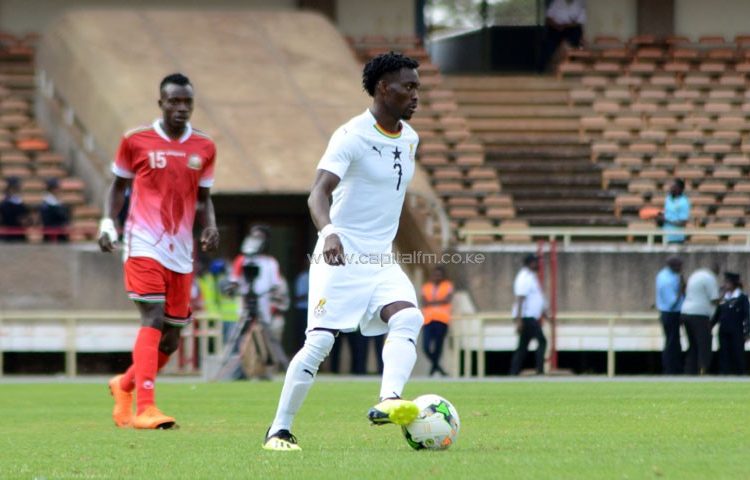 Striker Asamoah Gyan retired from the national team after coach Kwasi Appiah took the captain’s arm band from him and gave it to Andre Ayew while elevating Gyan to the role of General Captain.

Gyan angrily rejected his new role and retired from the team before making a u-turn two days later following a meeting with President Akufo-Addo.

Gyan also met Black Stars coach Kwesi Appiah to thrash out any outstanding issues in their relationship which appeared to have waned following Appiah’s decision.

But Atsu, who has been back in Ghana training ahead of the start of Ghana’s pre-tournament camp in Dubai, is looking beyond individuals and is focused on the bigger picture ahead.

“For me, I don’t mind who is captain of the Black Stars. Who ever the coach decides is captain, I will give him the same respect and support I gave to the old captain,” he said.

“What’s important is winning the cup. If we can win the AFCON, it will bring happiness to the country.”

Ghana will open camp in Dubai on June 1 and will play two friendlies against Namibia and South Africa during their 3 weeks of preparations.

They will then leave for Egypt where they will be hoping to win a first AFCON in 37 years. Ghana are in Group F with Cameroon, Guinea Bissau and Benin.