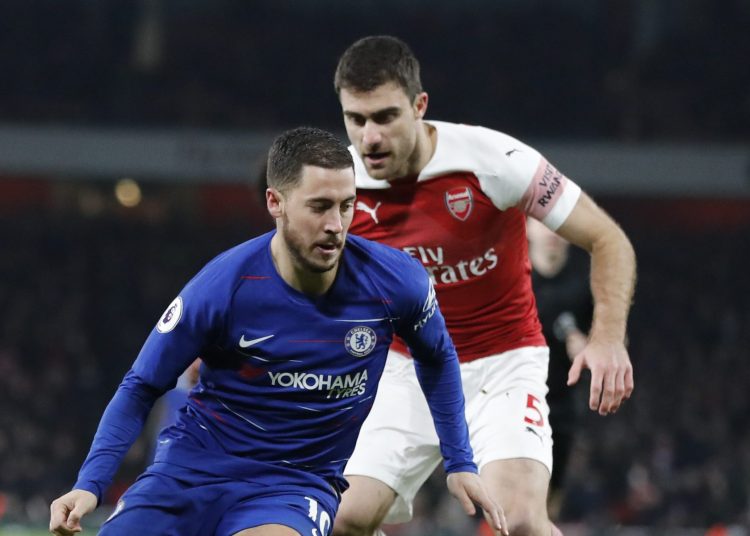 London rivals Chelsea and Arsenal both have a chance to finish the season with silverware when they face off in Baku, Azerbaijan for the Europa League final.

For Chelsea manager Maurizio Sarri, winning the trophy will make it his first major trophy in his over 20 years in management.

His opposite number, Arsenal’s Unai Emery, on the other hand, has become a bit of an expert in this competition, having won it 3 times already with Spanish side Sevilla.

But more importantly for the Gunners, victory over Chelsea will also guarantee their place in next season’s Champions League group stages, having missed out in a place in the top 4.

In terms of team news, Henrikh Mkhitaryan won’t be playing for Arsenal due to Armenia’s dispute with Azerbaijan. That’s about the only major absentee for the north London side.

As well as Ngolo Kante being a major doubt for the game, Chelsea will also be without Antonio Rudiger, Ruben Loftus-Cheek and Callum Hudson-Odoi, all crucial players for Sarri, who are all injured.

But the Blues can count on star man Eden Hazard, perhaps for the last time, as he is heavily linked with a summer move to Real Madrid.

With Alexander Lacazette and Pierre Emerick Aubameyang in such fine form, coupled with Chelsea’s defensive frailties, Arsenal are my favorites to secure the win.

Yes, Chelsea are unbeaten in the competition so far this season, but they did show in their semi final win against Frankfurt, as they have all season, that they are very vulnerable against any team with sharp movements in the final third.

Chelsea to score first is 1.74 odds while backing an Arsenal first goal is at 2.27 odds (this I’m confident about).

Who are you back? Head to Betway.com.gh to place your bets on this game and all the other games with unbeatable odds.