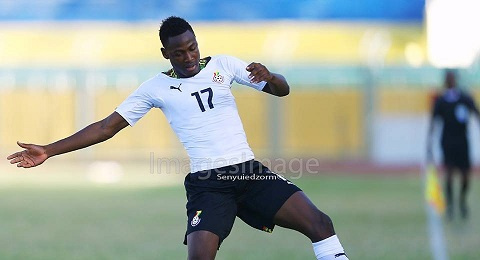 Ghana left back, Baba Abdul Rahman, has pointed to strong backing and support from close associates as very important tools in his recovery from knee injury.

Rahman got injured while playing for Ghana against Uganda in the 2017 AFCON tournament in Gabon.

Between then and now, it was a tough period of trying to get better and playing active football once again.

He spent time at Schalke in the German Bundesliga to aid his recovery and in the just ended season, he played for Stade Reims in France on loan from Chelsea from January to the end of the season.

He told Citi Sports’ Fentuo Tahiru in an exclusive interview at Jubilee House after the farewell dinner with the President Akufo Addo that support from from his close circle was very handy in his healing process and getting back into the national team.

“With the injury I had, it was tough mentally but I had people who advised, spoke to me and motivated me and with their help, I was able to make it through. I am happy that I am back in the pitch and I am playing well.

Concerning the national team, it is every player’s dream to play for his country. I am very happy to be back to help the team”

Rahman was named in coach Kwesi Appiah’s 29-man team for the pre-tournament camp in Dubai where the Stars will face South Africa and Namibia in friendlies.

Should Rahman make the final squad for the AFCON, it will be his 3rd shot at the tournament after having played in 2015 and 2017.