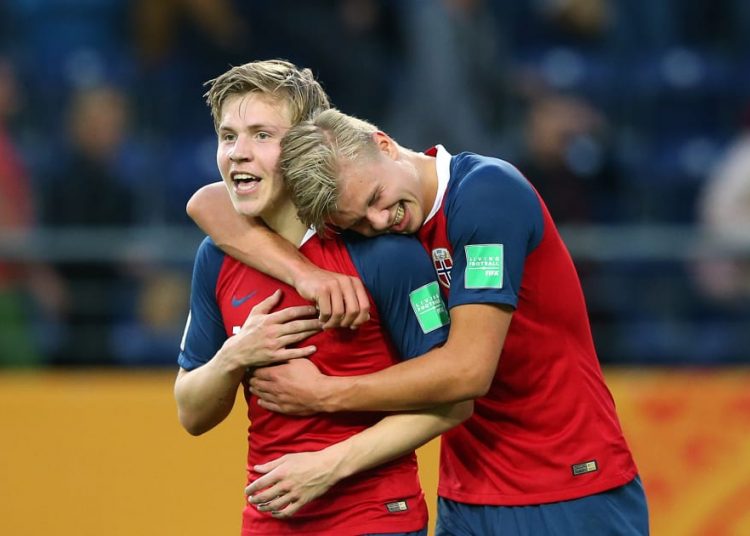 THE DAY REPLAYED – The third matchday in Groups C and D was dominated by Norway’s 12-0 win over Honduras and a nine-goal haul for Erling Haland. Despite their resounding victory, the Scandinavians face a nervous wait for Friday’s results in Groups E and F before they discover their fate.

Uruguay secured top spot in Group C without dropping a point after a 2-0 victory over New Zealand, who conceded their first goals at this tournament. Nevertheless, the Kiwis have booked their place in the Round of 16 as section runners-up.

In Group D, a 1-1 draw was enough for Ukraine to win their group and progress unbeaten. Opponents Nigeria finished third on four points, though this was still enough to reach the knockout phase, while USA finished above their African rivals in second after beating Qatar 1-0.

Two new records: Norway’s dozen goals sealed the biggest win in the history of the tournament and also marked the highest goal tally for one player in a single game. The competition record was previously held by Adailton, who netted six for Brazil in a 10-3 win against Korea Republic in 1997. If Norway qualify for the Round of 16, another record will be under threat, with Argentina’s Javier Saviola scoring an as-yet-unsurpassed 11 goals at the 2001 edition.

Still neck and neck: The final matchday of the group stage will be packed with drama. In Groups E and F, even Saudi Arabia and South Africa still have a chance of progressing as one of the best third-placed teams, despite failing to pick up a point so far. Norway, together with Ecuador in Group B, will watch on nervously from their hotel as they await the results.