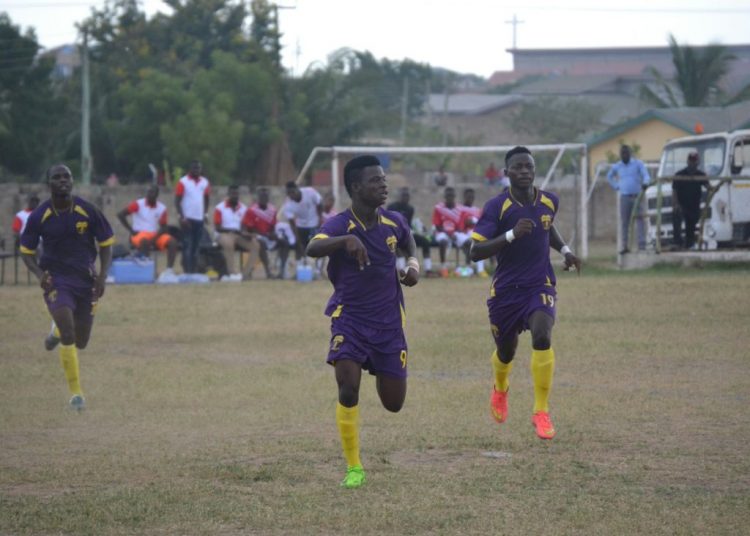 Division one side, Unistar Academy, caused the biggest shock of the competition by beating Hearts of Oak 5-4 on penalties at the Accra Sports Stadium.

In the shootout, Unistar were perfect from the spot but Aminu Alhassan missed his kick for Hearts to send Unistar through to the last 8.

Kotoko also made it to the quarter finals after a 2-1 win over Nkoranza Warriors. Daniel Nii Adjei gave Kotoko the lead just before half time but Kwame Poku equalised for Warriors. In the 90th minute, Augustine Sefa settled the tie for Kotoko with a left-footed strike.

AshGold joined Kotoko in the last 8 after their 2-1 home win over New Edubiase at the Len Clay Stadium. Shafiu Mumuni got AshGold going in the first minute but Abdul Rahman levelled for Edubiase. Emmanuel Owusu made the result certain for AshGold with a goal in the 49th minute after scoring a rebound from a Mark Agyekum shot that was saved.

Hearts of Lions vs Nzema Kotoko