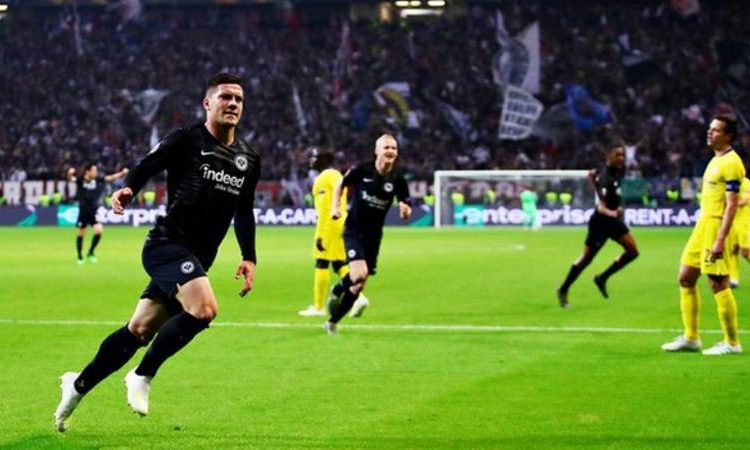 Real Madrid have signed striker Luka Jovic from Eintracht Frankfurt for an undisclosed fee, subject to a medical.

The 21-year-old Serbia international has agreed a six-year deal with Zinedine Zidane’s side.

Jovic only joined Eintracht on a permanent deal in April, when they activated a clause following a two-year loan spell from Benfica.

The forward – who has four caps for Serbia – scored 27 goals in 48 games for the German club this season.

He was also named in Uefa’s Europa League squad of the season after scoring 10 goals on their run to the semi-finals, where they lost on penalties to eventual winners Chelsea.

While both clubs have decided to keep the fee secret, it is widely reported to be in excess of £50m.

Frankfurt are thought to have paid about £6.2m (7m euros) for him in April.