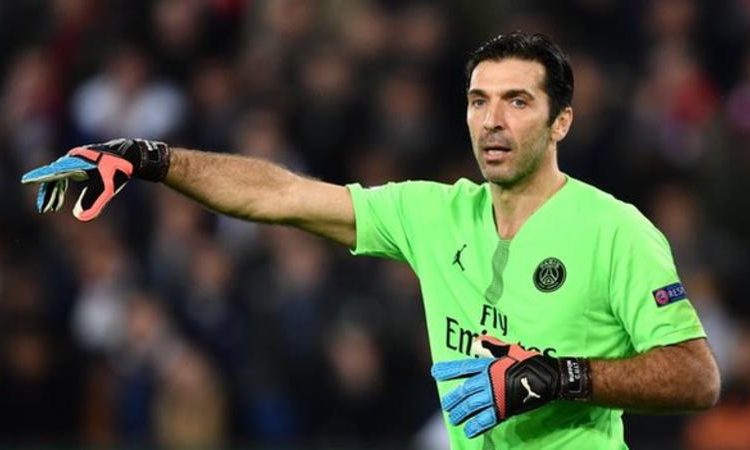 Goalkeeper Gianluigi Buffon will leave Paris St-Germain when his contract expires at the end of the month.

The Italy legend, 41, joined on a free transfer in July 2018, making 25 appearances in all competitions for the club as they won the Ligue 1 title.

The nine-time Serie A winner previously played for Juventus, making 656 appearances in a 17-year stay in Turin.

“I leave happy to have enjoyed this experience which has undoubtedly helped me to grow,” Buffon said.

“Today my adventure outside Italy comes to an end.

“Ernest Hemingway wrote that there are only two places in the world where people can live happily: at home and in Paris. Today onwards, this will also apply to me: Paris, in some way, will always remain my home… Allez Paris!”

Buffon, Italy’s most capped player with 176 appearances, retired from the national team after they failed to qualify for the 2018 World Cup.

Buffon won the World Cup with Italy in 2006 but has famously never managed to win the Champions League, losing three finals – in 2003 final to AC Milan, in 2014 to Barcelona and in 2017 to Real Madrid.

PSG reached the last 16 of last season’s competition, where they were knocked out by Manchester United.

“I will never forget the pride that everyone at Paris St-Germain, both the club and the fans, felt when they saw Gianluigi Buffon wearing our jersey,” said PSG chairman Nasser Al-Khelaifi.

“During his time at PSG he brought his phenomenal experience and his sense of professionalism not only to his team-mates but also to all areas of the club. We will miss his warm and open personality here at the club.”