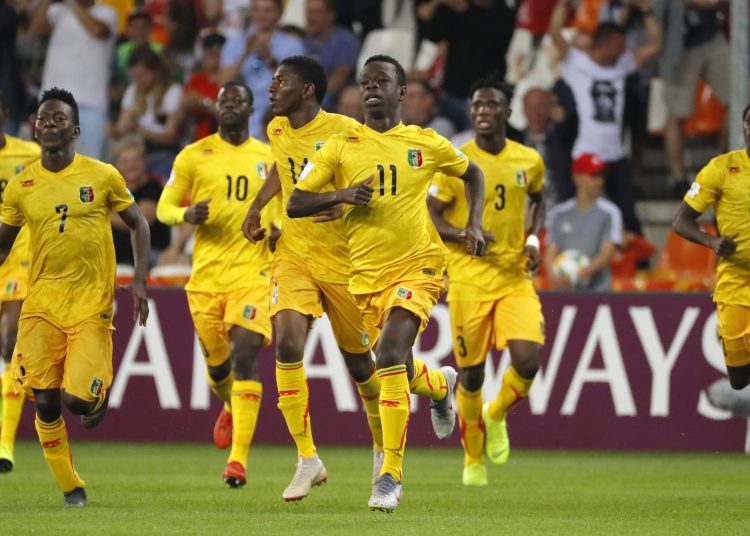 Mali came from behind twice to claim the final quarter-final spot at the FIFA U-20 World Cup Poland 2019 on Tuesday night, dispatching Argentina 5-4 on penalties after the score was tied 2-2 at the end of extra time.

Sambou Sissoko struck the winning penalty for Mali while Youssouf Koita’s save from Tomas Chancalay’s spot-kick attempt was the difference in the shoot-out.

After a goalless first half, Adolfo Gaich capitalised on an errant clearance by Clement Kanoute in the penalty area to open the scoring in the 49th minute.

Mali equalised after 67 minutes when Abdoulaye Diaby out-jumped his marker to head home a corner at the far post.

The scores were level at 1-1 at the end of the regulation 90 minutes, but Ezequiel Barco influenced the go-ahead goal for Argentina less than 30 seconds into the first period of extra time. Francisco Ortega picked him out in space and Barco’s powerful first-time shot from 12 yards deflected off Diaby and into the net.

But Mali caught Argentina sleeping at a set-piece right at the end to force a shoot-out. Sekou Koita rolled the ball forward to Boubacar Konte, who aimed low toward the far post to beat Manuel Roffo.

The Eagles scored all five of their penalties to knock the six-time U-20 World Cup champions out of the tournament and Mali’s players ran around the Bielsko-Biala Stadium in celebration after the winning penalty kick.