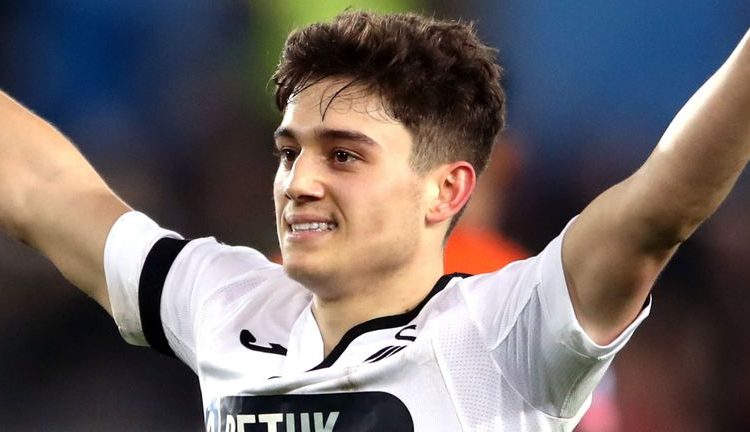 Manchester United have agreed a deal in principle for the signing of winger Daniel James from Swansea City.

The 21-year-old Wales international completed his medical on Thursday at United’s Carrington training complex and personal terms have been agreed.

United will pay Swansea an initial fee of £15m, plus £3m in add-ons, for James, who becomes Ole Gunnar Solskjaer’s first signing as the club’s manager.

The move will be finalised when FIFA’s international transfer window opens from June 11, at which stage the clubs will reveal more information about the deal.

James is the first signing for United this summer, with Solskjaer expected to overhaul his squad after a difficult season for the Red Devils which saw them finish sixth in the Premier League.

The winger is currently with the Wales squad ahead of European Qualifiers against Croatia (Saturday) and Hungary (Tuesday).

Ryan Giggs, the Wales manager and Manchester United legend, has backed James to be a success at Old Trafford.

He told Sky Sports News: “He is not only a fantastic player, but a fantastic guy as well.

“He’s very level-headed and yes if it does go through, United have got a very talented and exciting player.”

Asked what advice he had given to James ahead of the move, Giggs added: “Advice doesn’t change. A club like that is interested in you for what you have been doing.