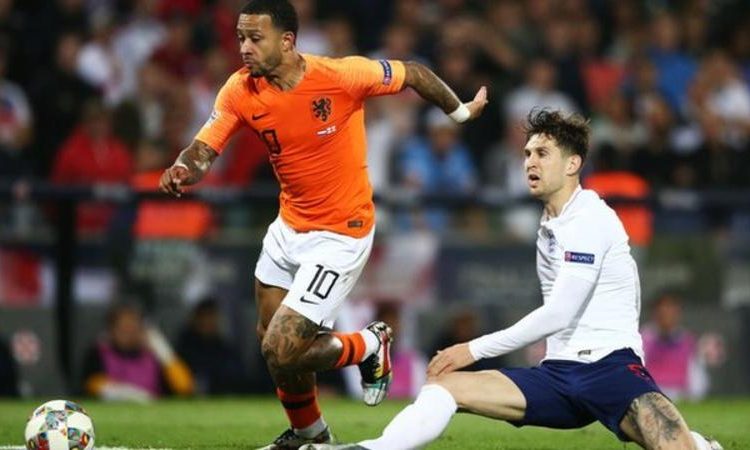 England suffered more semi-final disappointment as they produced a defensive horror show to crash out of the Nations League to the impressive Netherlands in Guimaraes.

Marcus Rashford’s penalty, awarded after he was fouled by Matthijs de Ligt, gave Gareth Southgate’s side an interval advantage.

De Ligt made amends when he took advantage of poor marking at a corner to power home a header with 17 minutes left.

England thought substitute Jesse Lingard’s late strike had put them on course for the inaugural Nations League final against hosts Portugal in Porto on Sunday, only for VAR to intervene and rule it out for offside.

The Dutch were the far superior side but they were gifted their route to the showdown against Portugal on Sunday by suicidal defending in extra time by England, who were hoping to go one better than their World Cup semi-final exit against Croatia last summer.

John Stones was caught in possession by Memphis Depay who forced a brilliant save from Jordan Pickford, but Kyle Walker could only bundle the loose ball into his own net under challenge from Quincy Promes.

And England produced more pantomime defending for the Netherlands’ third, this time Ross Barkley getting caught in possession from another poor pass from Stones, leaving Memphis to offer up a simple finish to Promes.

England’s dejected players must now lift themselves for the third-place play-off against Switzerland in Guimaraes on Sunday.