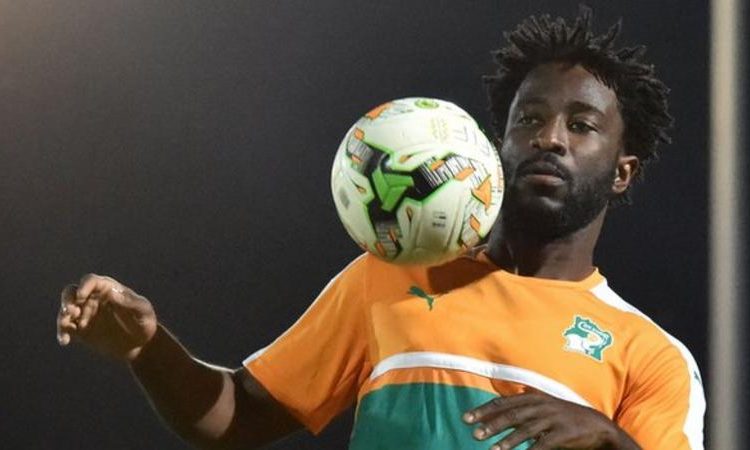 Former Swansea and Manchester City striker Wilfried Bony is set to play at his fifth Africa Cup of Nations after being named in Ivory Coast’s final 23-man squad for this month’s tournament in Egypt.

The 30-year-old was part of the Ivorian side that beat Ghana to win the 2015 Nations Cup in Equatorial Guinea.

Elephants coach Ibrahim Kamara selected his final squad from a 28-man provisional list after their 3-1 victory over Comoros in a warm-up match on Friday when Bony scored two goals.

It was Bony’s first match for the Elephants since the 2017 Africa Cup of Nations in Gabon.

The player is currently without a club after he was released by Swansea last month.

The Nations Cup kicks off in Egypt on 21 June.

Uncapped France-born defender Souleymane Doumbia who plays for Rennes and was only added to the provisional list a few days ago, has also made the final squad.

Three of the five players left out – Asec Mimosa’s Abdoul Karim Cisse and the France-based duo of Abdoulaye Bamba and Ismael Diomande – were found to be unfit and injured by the Elephants’ doctor after medical examinations.

The other missing players are Deli Simona who plays for Czech club Slavia Prague and Yohan Boli who is with Belgian outfit Saint-Truiden.

Also missing is former Arsenal star Gervinho – that is despite his 11 goals and four assists in 30 Serie A league games for Parma last season – and was not included in coach Kamara’s provisional list.

The 23 players will travel to Abu Dhabi for the second part of their preparations where they will play warm-up games against Uganda on 14 June and Ethiopia four days later before they fly out to Egypt.

Ivory Coast are in pool D at Egypt 2019 and will face South Africa in their opening match on 24 June and will then lock horns with Morocco four days later before they play their final group game against Namibia on 1 July.