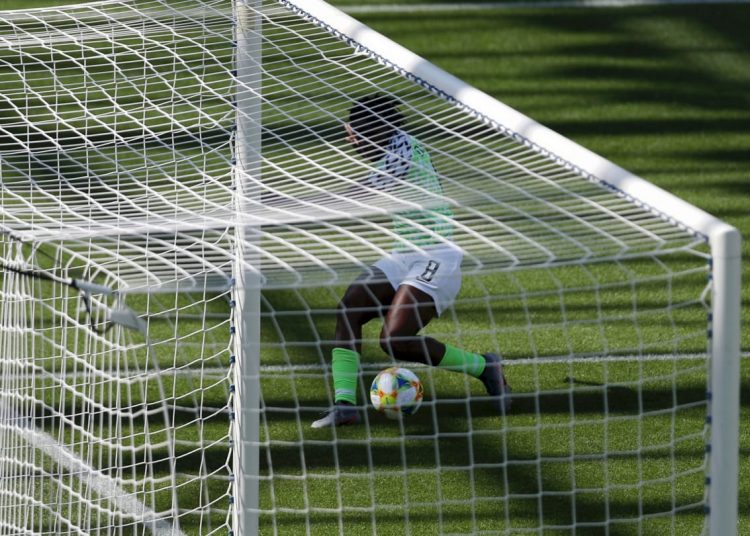 A brilliant goal by former Liverpool forward Asisat Oshoala helped earn Nigeria a first win at the 2019 Women’s World Cup – and all but end South Korea’s hopes of reaching the last-16.

Nigeria went ahead when defender Kim Do-yeon volleyed past her own keeper.

Ex-Arsenal player Oshoala held off a defender before rounding the keeper to score Nigeria’s second goal.

South Korea, who face Norway in their third and final group match on Monday, have yet to score or earn a point.

Nigeria will confirm a place in the knockout stage if they beat hosts France, one of the tournament favourites, on Monday in Rennes.

However, they could also advance as one of the four best third-placed teams.

“We said when we started that we wanted to be in the last 16. Nothing has changed,” said Nigeria boss Thomas Dennerby.

“We already have a good team spirit but maybe this win will give us a little bit more. Now we go to play France, a really good team.

“If we can come out with a point everyone would be extremely happy.”

Having qualified for the World Cup after finishing fifth at the 2018 Asian Cup, South Korea are anchored at the bottom of Group A with a goal difference of minus six.

They played well in spells against the champions of Africa but a lack of cutting edge in front of goal once again cost them.

After losing 4-0 to hosts France in their opening group game, they fired more blanks as Nigeria’s 18-year-old keeper Chiamaka Nnadozie had little to do.

Nigeria also came into this game on the back of a defeat after losing 3-0 to Norway and had lost their previous three Women’s World Cup games.

However, they were gifted the lead when Kim put the ball into her own net while under pressure from Nigeria’s captain Desire Oparanozie.

There was a delay while the video assistant referee (VAR) checked for a possible handball against Oparanozie.

Yet there was no luck about the second goal, Oshoala producing a superb piece of quality to score one of the goals of the tournament so far.

Chelsea midfielder Ji So-yun was booked for diving while trying to win a penalty for South Korea when the score was 1-0.

“I need to apologise to the fans who cheered for us here in the stadium and back home because we did not meet their expectations,” said South Korea boss Yoon Deok-yeo.

“Our players had some good chances but the end result is a loss and we need to accept that.

“We have one match left here and I hope we can show everyone what we are capable of.”