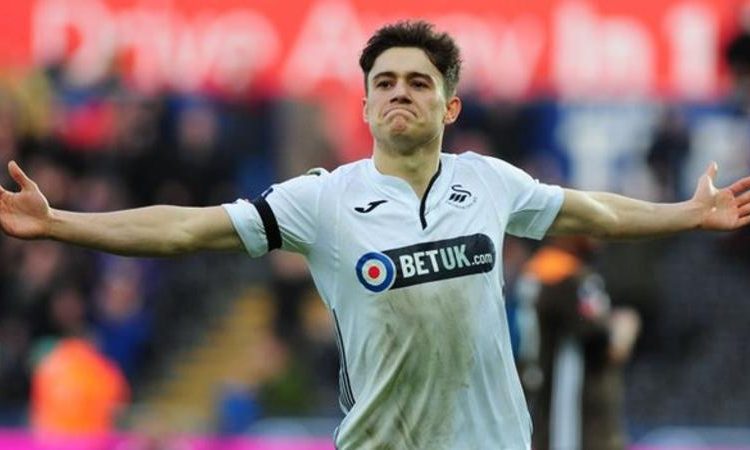 Manchester United have completed the signing of Wales winger Daniel James from Swansea City for an initial fee of about £15m.

The 21-year-old, who has signed a five-year contract, is Ole Gunnar Solskjaer’s first signing since he succeeded Jose Mourinho as manager.

“This is one of the best days of my life,” he said.

He scored his first Wales goal on his competitive debut in a 1-0 win against Group E rivals Slovakia in March.

“This is an incredibly proud moment for me and my family. However, it is tinged with sadness that my father isn’t able to share this experience with us,” said James, who almost joined Leeds United in January

Manchester United finished sixth in the Premier League last season, five points adrift of the top four, and will play in next season’s Europa League.

“Daniel is an exciting young winger with lots of skills, vision, exceptional pace and a good work ethic,” said Solskjaer.

“This is the perfect environment for Daniel to continue his development.”