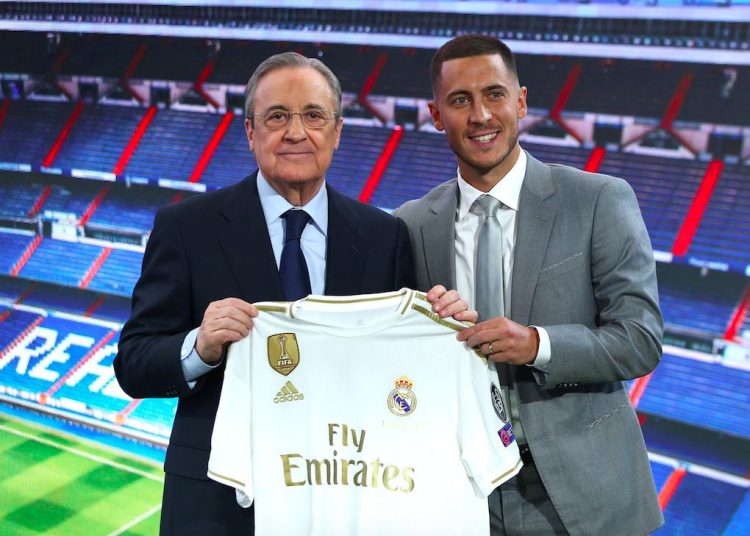 The player told reporters that he had ‘fulfilled his dream’ as he appeared before a packed stadium in Madrid’s famous white jersey.

Hazard completed the obligatory keepy-up session with very little fuss after which he did a lap of the huge stadium, kicking ceremonial footballs into the crowd as he went. 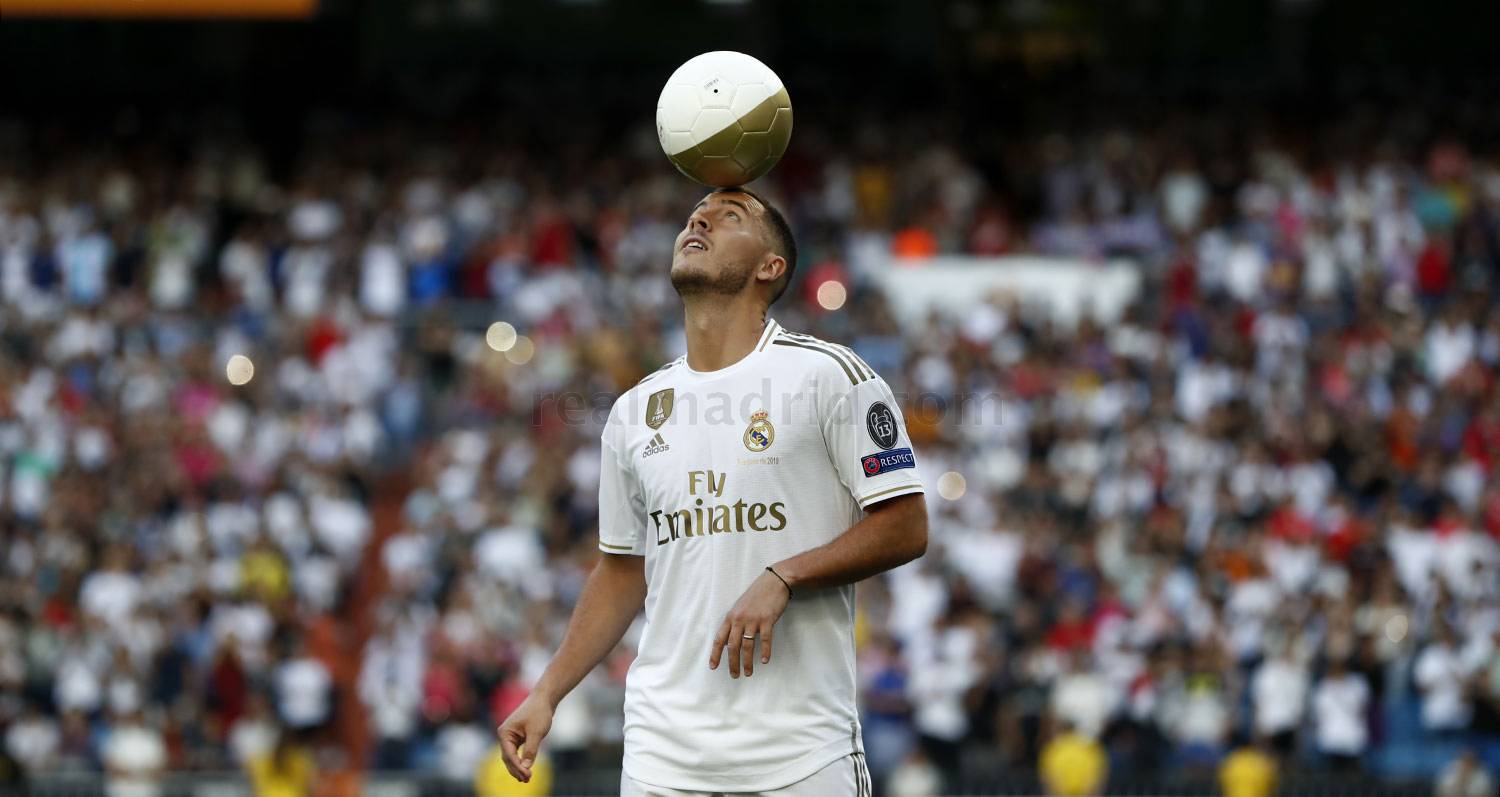 He then stopped for a couple of selfies, initially with him pointing at the Real Madrid badge before obliging the fans’ request of kissing the badge.

“My aim is to enjoy myself out there an win matches of course because at Real Madrid we have to win as many titles as possible. Hopefully I can write a new page at Real Madrid,” Hazard said.

“To be honest, I was focused with Chelsea last season but I know Real Madrid’s last season was full of highs and lows but that’s normal everywhere. The hunger to win titles now is greater, I hope I can help.”

“A player can always improve, there’s no peak, there’s always room for improvement. I am sure, thanks to training and playing well, we will all improve. I can improve and being here can make me be a better player.” 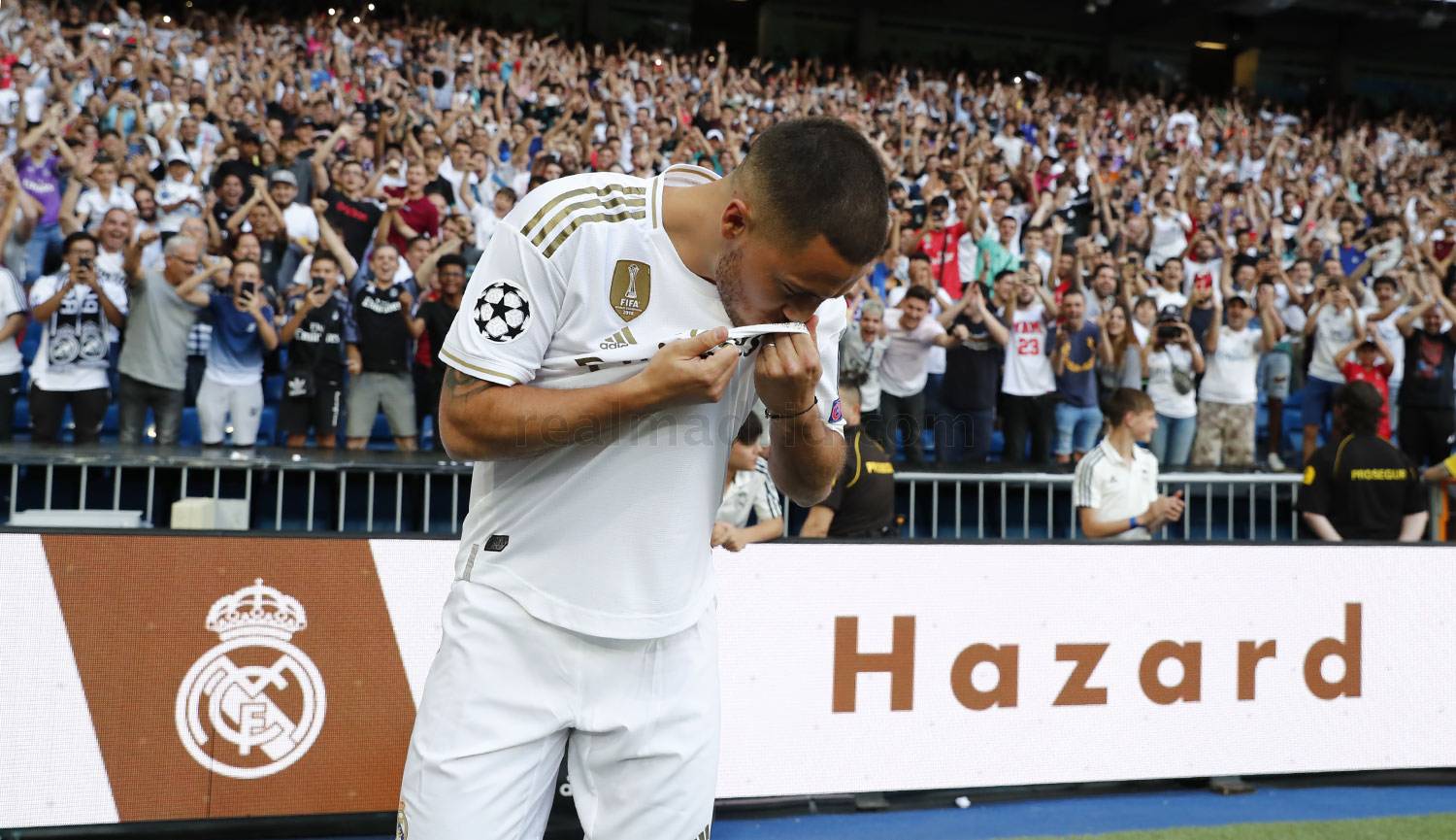 This season could be a defining one for Real after a disappointing campaign last time out, with many people sensing another era of the ‘Galacticos’.

However, Hazard is staying grounded, stating that although he hopes to be considered one someday, he doesn’t see himself as a Galactico just yet.

“Galactico? No, I’m not. maybe one day I’d like to be considered a Galactico but now I am Eden Hazard. It’s a new chapter and I need to start freshly but I think I am a very good player but not yet a galactic.” 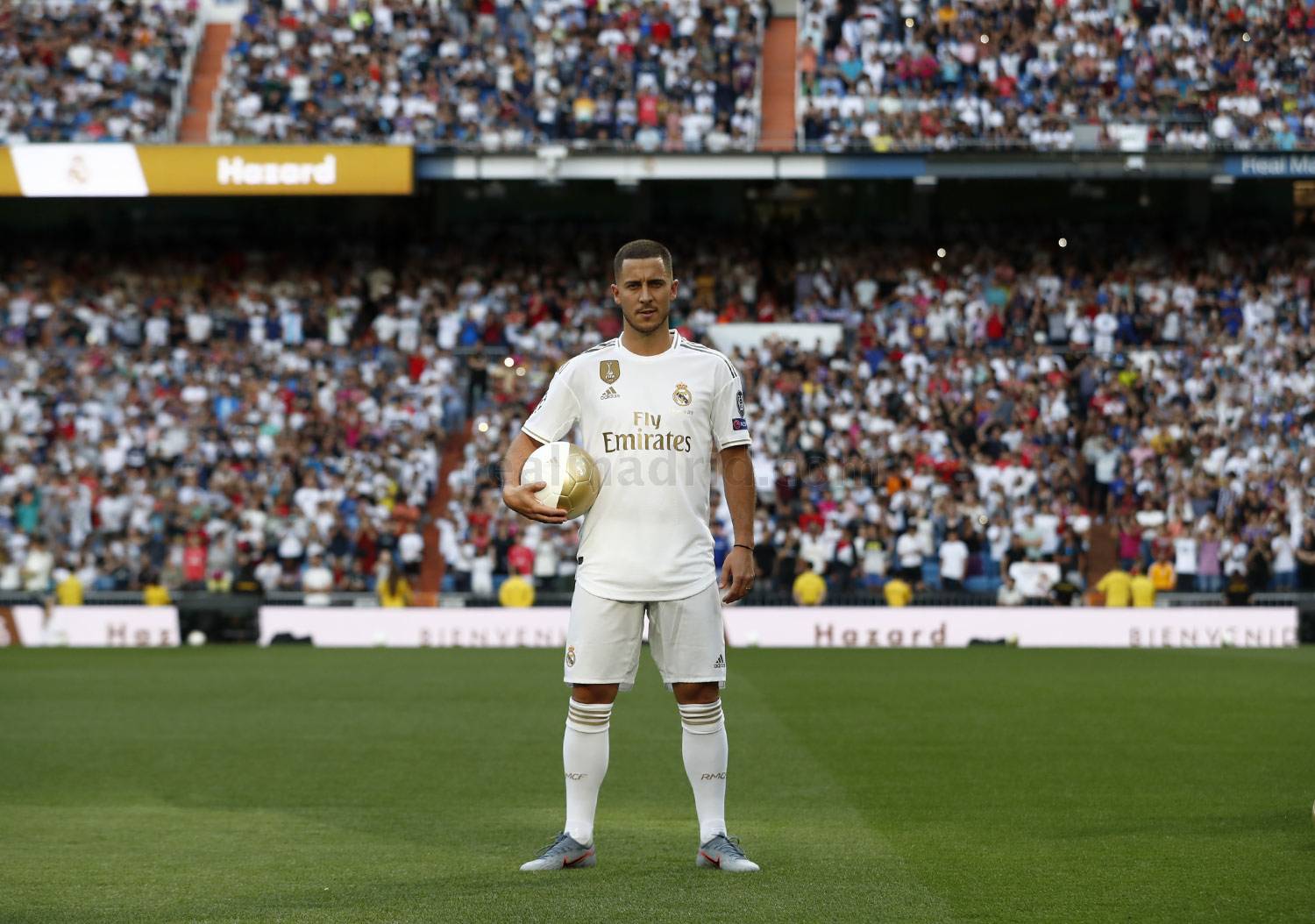 The player signed a five-year deal with Real in a deal that is reported to be in excess of £88m.

The deal could reach or exceed £130m with the agreement of “significant” add ons.

Belgium captain, Hazard had one year left on his current deal with the Stamford Bridge club and had consistently expressed his desire to move to the Spanish capital.

Real Madrid had also been a long-time admirer of the forward, with manager Zinedine Zidane, expressing his appreciation for the player on numerous occasions. 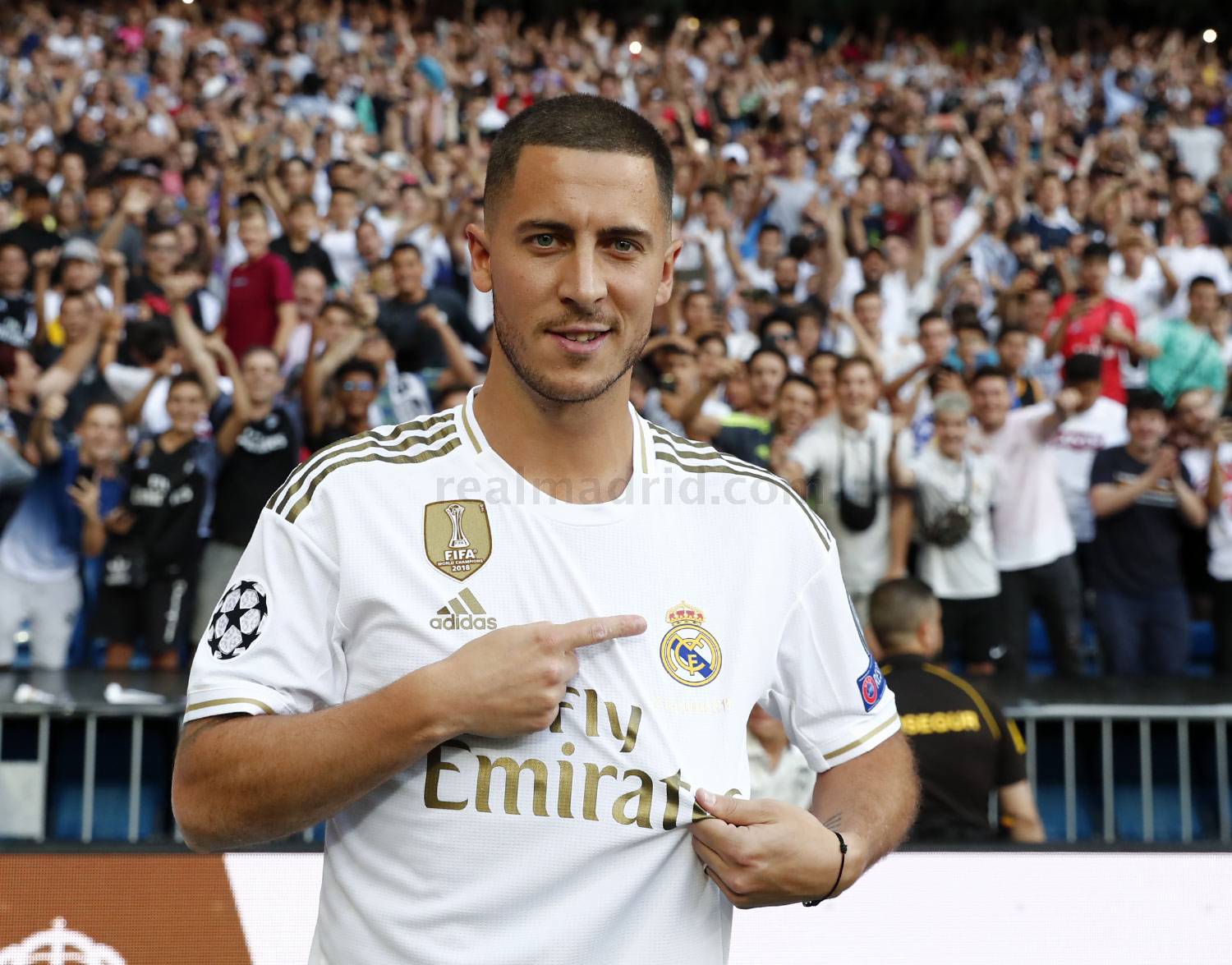 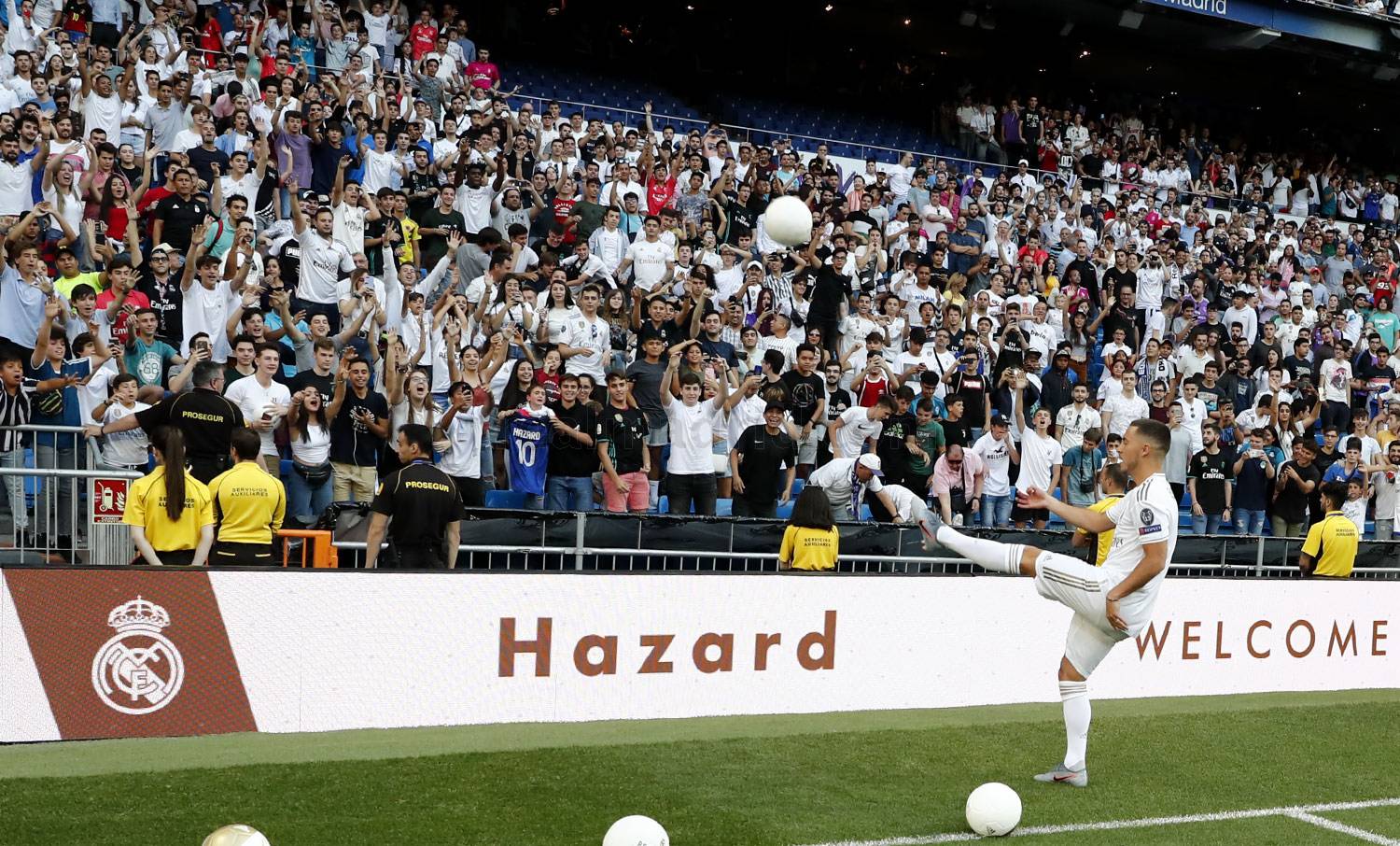 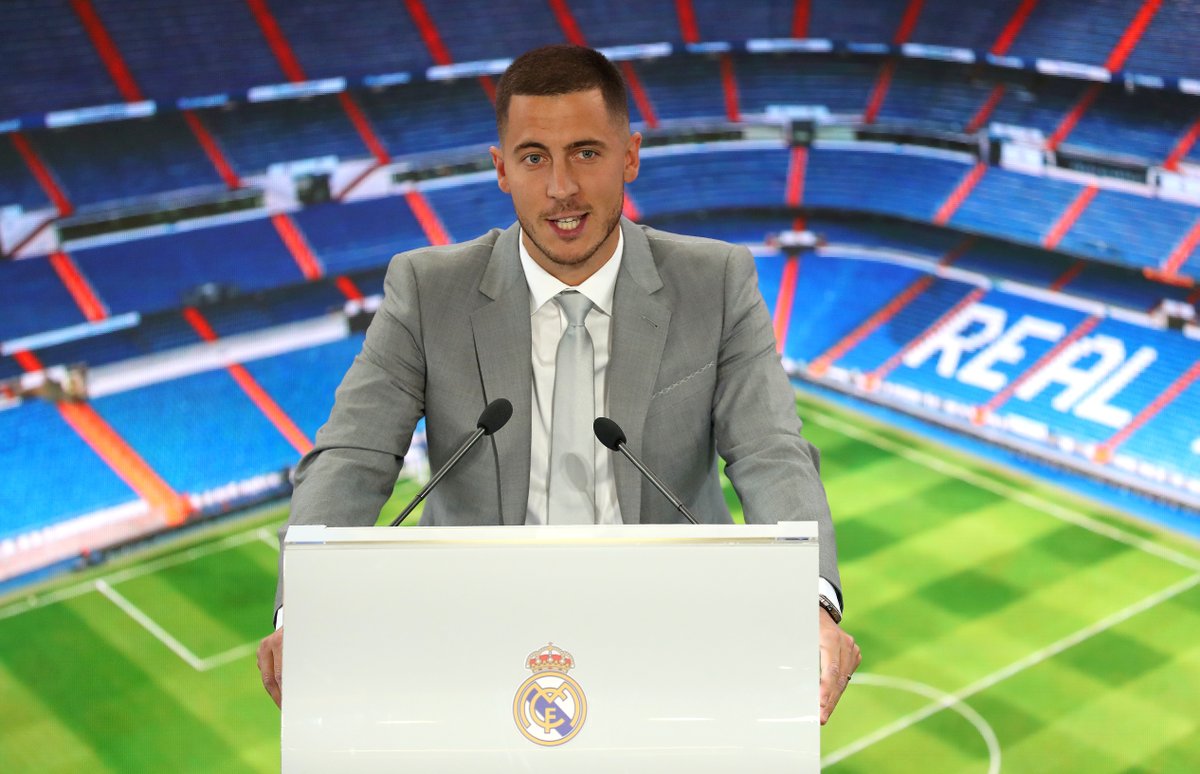 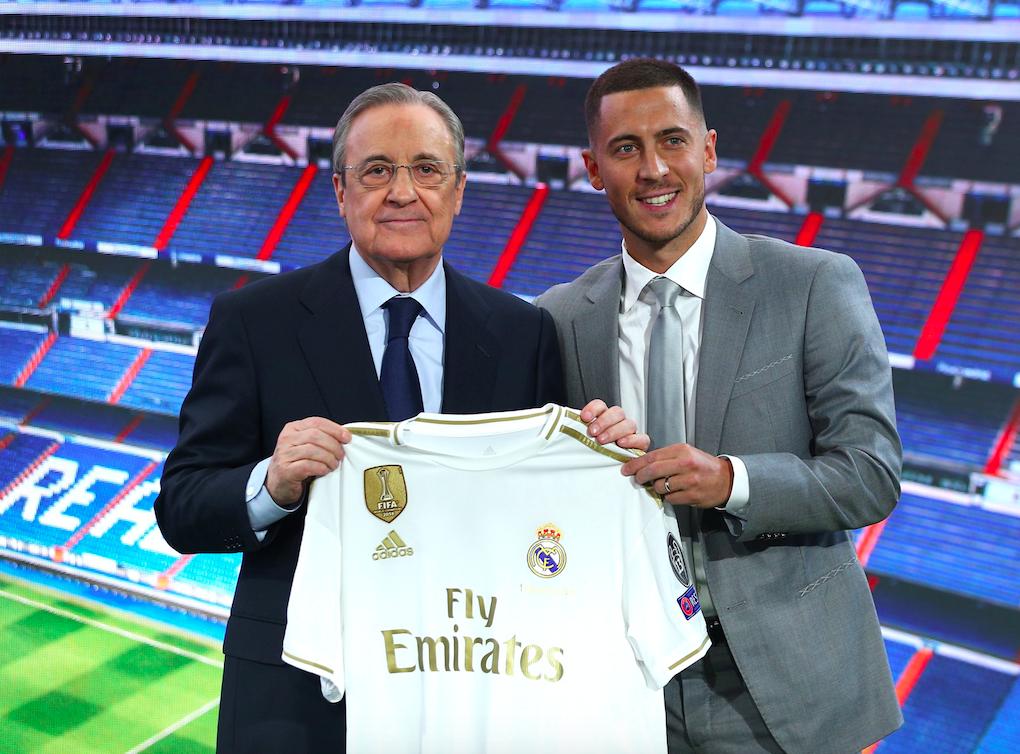 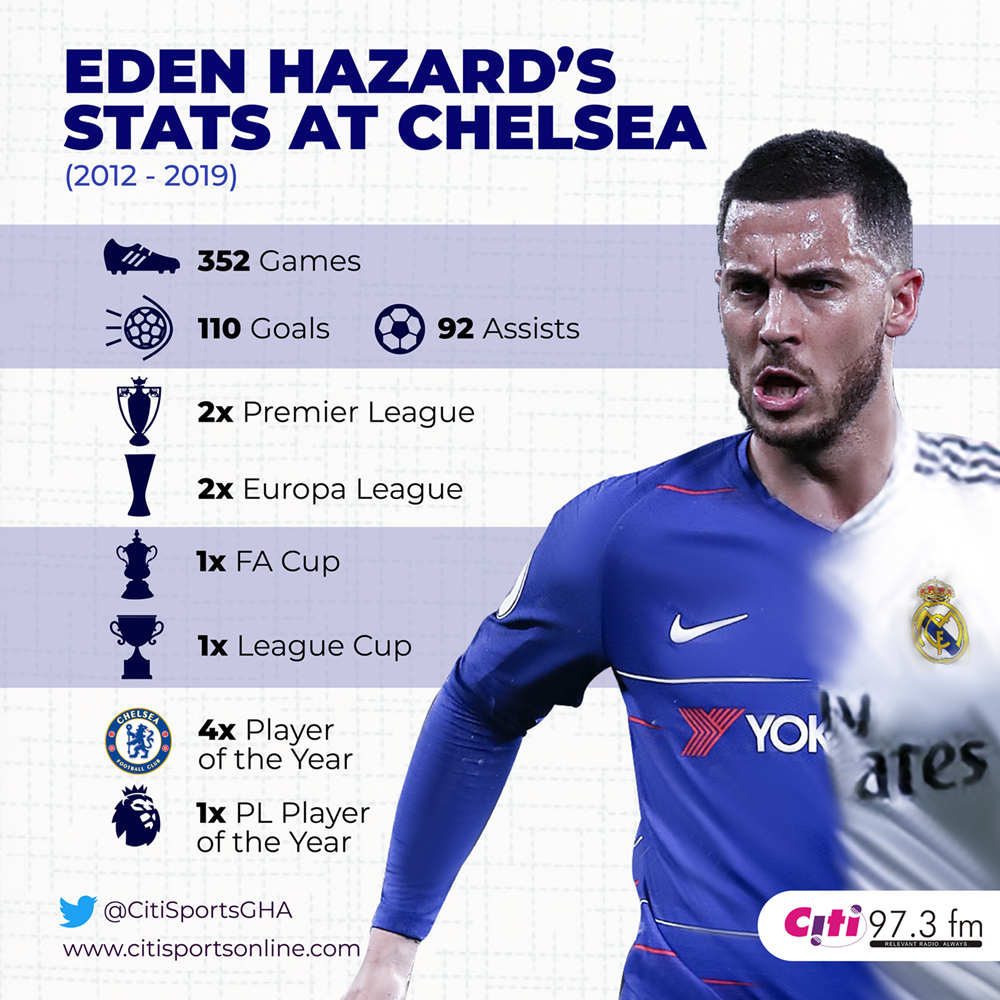