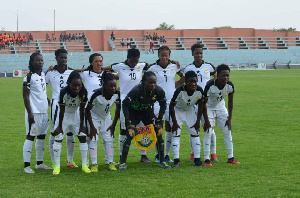 Reigning champions Ghana, have been denied the chance to defend their African Games (AG) women’s football title after the criteria for qualification by organisers ruled them out.
The tournament schedule released by the organisers of the competition on Wednesday features hosts Morocco, Nigeria, South Africa, Cameroun, Mali, Algeria, Equatorial Guinea and Zambia.

The Black Queens, who won the AG title in Congo Brazzaville in 2015, were hoping to successfully defend the title at this year’s Games in Morocco in August, but new qualifying rules by the Confederation of African Football (CAF) allowed only teams that played in the qualifying series and actually made it to the 2018 Women’s African Cup of Nations (WAFCON), apart from the hosts, to play in the competition.

Thus as hosts of the 2018 Women’s AFCON, Ghana are not eligible and their place taken by the hosts of the African Games, Morocco.

This will be a big disappointment to the Ghanaians as they had hoped to be in Morocco for the tournament and possibly defend the title.

While the Ghana Football Association (GFA) could not be reached for immediate explanation, sources from CAF indicate that an Executive Committee decision taken last February ruled out the traditional qualifying series which would have allowed Ghana to participate for a slot.

Per the new rule, Ghana’s Under-20 side, Black Satellites will represent at the Games in Rabat, instead of the Under-23 side, the Meteors as had been the case in previous tournaments.