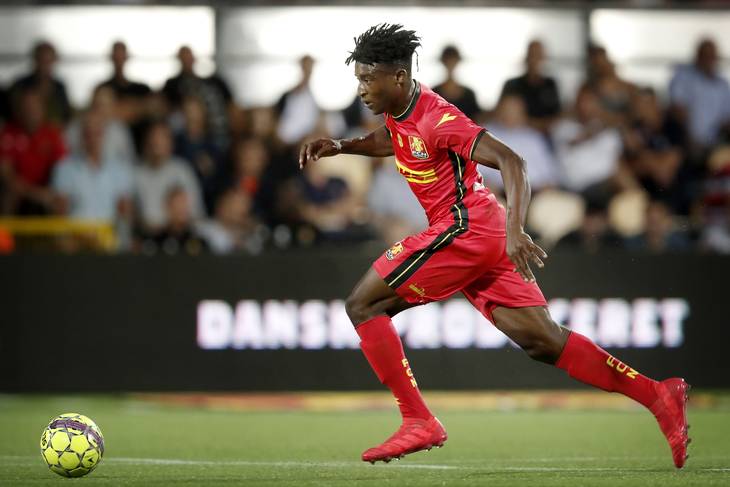 Premier League side Everton have made initial contact with  Danish side FC Nordsjælland over the possible transfer of Ghanaian Mohammed Kudus.

Everton manager Marco Silva is said to be looking to boost his midfield options ahead of the new season, and the the former Ghana U-17 Star has emerged as one of the possible candidates.

According to reports in Denmark, the proposed deal is only in the early stages, with no agreement yet between the two clubs.

The 18 year old has been in fine form since moving to Denmark  in 2017, and made 26 appearances last season to help his side finish 6th in the Danish Superliga.

He was part of the Black Starlets side that made the quarter finals of the 2017 FIFA U-20 World Cup.