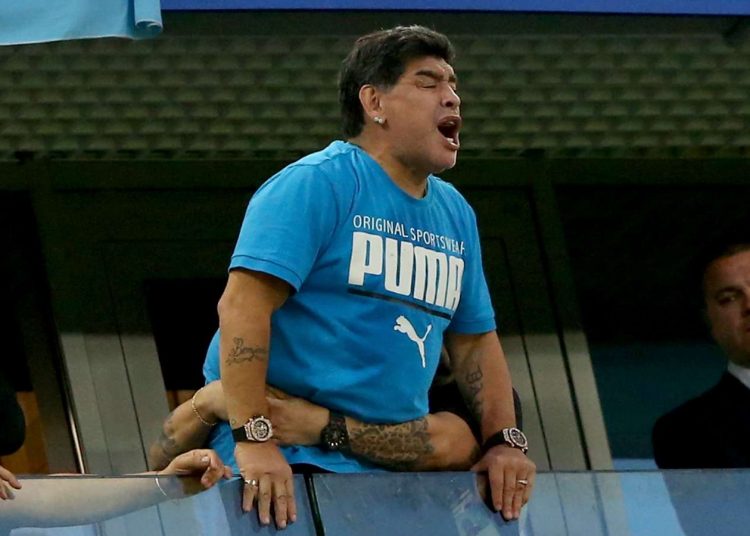 Argentina legend Diego Maradona has launched a stinging attack on the current national side after their defeat to Colombia in their Copa America opener on Saturday.

Runners-up in 2015 and 2016, Argentina were hoping to make a flying start to the competition as they seek a first Copa America title since 1993.

However, second half goals from Roger Martinez and Duvan Zapata secured victory for Colombia in their Group B opener in El Salvador , their first victory over Argentina for 12 years.

It leaves Lionel Scaloni’s side bottom of Group D after Paraguay drew 2-2 with tournament debutants Qatar at the Maracana in Rio de Janeiro on Sunday.

It is yet another disappointment for La Albiceleste, who named a strong side including the likes of Angel Di Maria, Lionel Messi and Sergio Aguero.

They have yet to win an international competition since that 1993 Copa America triumph, though they were beaten twice on penalties by Chile in the final of the 2015 and 2016 tournaments.

The team is often accused of failing to make the most of their talents and transferring their club form to the international stage, a theme which continued in the wake of his latest defeat.

Speaking after the game, Maradona, who almost single-handidly inspired the team to their last World Cup triumph in 1986, did not hold back in his criticism, questioning the squad’s desire as well as their ability.

“You realise that even Tonga could beat us,” he told TyCsports .“We have a prestige we built up kicking and punching. Let it be remembered that when we left Peru our bus was smashed up. What’s left from all that? What does this shirt mean? You have to feel it”