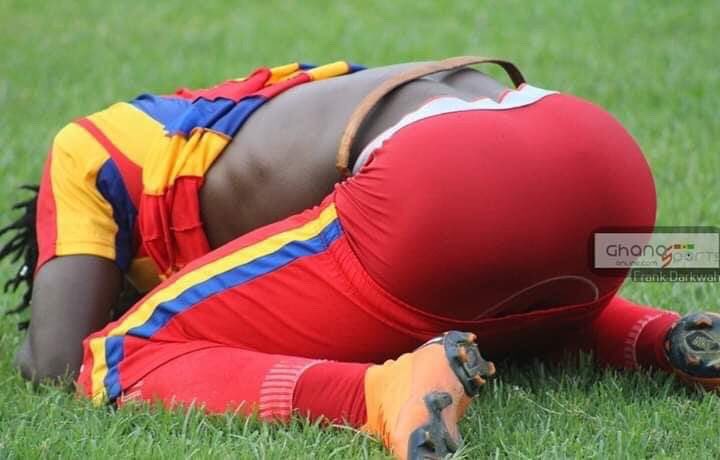 A well attended game served up some delightful football as both sides traded shots for 90 minutes and more.

Kotoko took the lead in the first half before Hearts of Oak equalized in the dying embers of the game to take it to a penalty shoot out.

But a striking image from the game has got a lot of the fans talking about the spiritual aspect of Hearts of Oak vs Kotoko matches.

As Hearts of Oak reeled from the defeat, one of their players, Burkinabe national, Aboubakar was captured with what looked like a band around his waist. Many have rushed to describe the item as “black magic”.

But some have suggested such items are common in Francophone Africa, and is usually spotted around the waists of most young men.

But it’s fair to say, whatever it was, it did not help Traore and his teammates who will now have to look ahead to next season after their fantastic run in the NC Special came to a painful end.

Kotoko will go on to play Karela United in the final.