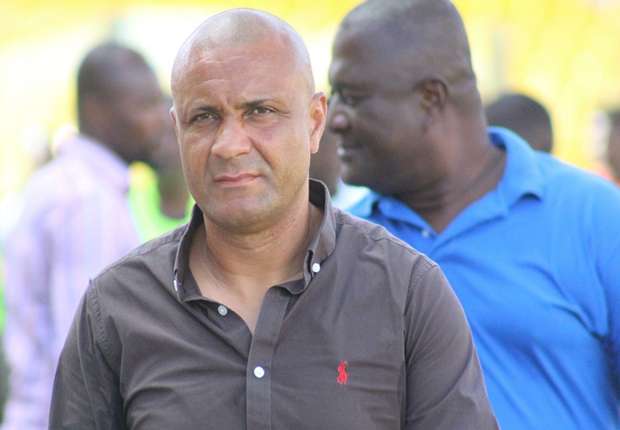 Despite the painful loss to rivals, Kotoko, in Sunday’s NC Special Tier 1 Competition semi-finals, Hearts of Oak head coach, Kim Grant, still has a lot of respect and admiration for his players.

The Phobians needed to a 94th minute penalty from Christopher Bonney to bring them back into the game after conceding in the 5th minute of the first half.

Unfortunately, they failed to match Kotoko’s precision in the shootout and lost 5-4.

However, despite failing to make the finals, Grant said after the match that he was very pleased with the efforts the players had given on the day and all through the tournament.

“What I would like to say is that I am so proud of the boys because they kept on going and going. In the second half, we controlled the game and I tried to make the changes to get the momentum going and Kotoko on the back foot.

We had one penalty disallowed and we got a second one later. I was looking for that never-say-die attitude and the boys showed it.

If these boys stay together and keep working hard, they will go places. Unfortunately, it was our second semi-final loss but it is a work in progress. In that short space of time that I have been here, I am proud of what they have done. I hope that they learn from this and we will come back stronger next year.”

Hearts fell out of the NC Special Tier 2 competition via the same penalty shootout. They lost 4-2 to UniStar Academy but Grant refused to draw conclusions on whether the incidents were the beginning of a pattern.

“I am not bothered by the losses we have had in shootouts. When it gets to penalties, it is a matter of fine margins and luck. They took theirs and scored and we missed ours. It is that simple. I feel bad for the players but they have worked hard to get here and I am proud of them.”

With Hearts out of the two competitions organised by the Normalisation Committee, it is unclear what the team will do next in terms of keeping their players active ahead of the resumption of normal football in Ghana.

The likeliest option for the club is to organise friendly matches with teams in and outside Ghana.

NC Special: Juju or not? Hearts of Oak player spotted with "strange" waistband