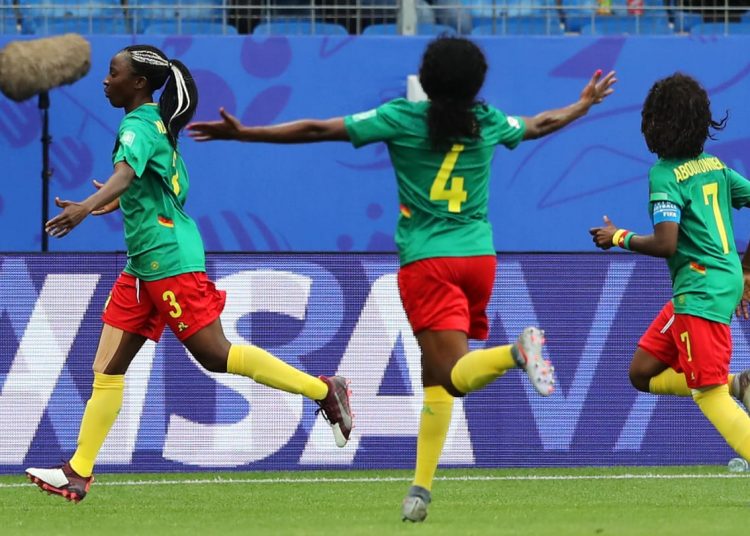 Ajara Nchout scored two brilliant goals, including an injury-time winner, as Cameroon dramatically beat New Zealand 2-1 to reach the last 16 of the World Cup as a best third-placed team.

Nchout turned inside Ria Percival in the 95th minute and superbly curled in the winner to put Cameroon through.

They were heading out after Aurelle Awona sliced a volley into her own net with 10 minutes remaining for 1-1.

Nchout had put her side ahead in the second half with a lovely, dinked goal.

Although Cameroon finished on three points, the same as Nigeria from Group A, they went through courtesy of having scored just a single goal more (3) than their African counterparts.

The Netherlands finished top of Group E with a 100% record after a 2-1 victory over Canada, who finish in second place.

Just how are Cameroon through?

It was a rather uneventful game up until the 57th minute when Nchout brought the game to life by turning inside of two New Zealand defenders and keeping her cool with a smart finish.

Cameroon were the better side thereafter but the game suddenly turned when Awona inadvertently converted into her own net, at which point both were staring at a heartbreaking exit.

New Zealand, who remain without a World Cup win at the 15th attempt, could have made it through to the knockout stages but Betsy Hassett’s low header was brilliantly tipped round the post by goalkeeper Annette Ngo Ndom.

Olivia Chance screwed wide from inside the box on 87 minutes before the excellent Nchout made space in the box and slotted in with the last kick of the game deep in injury time to spark wild celebrations in Montpellier.