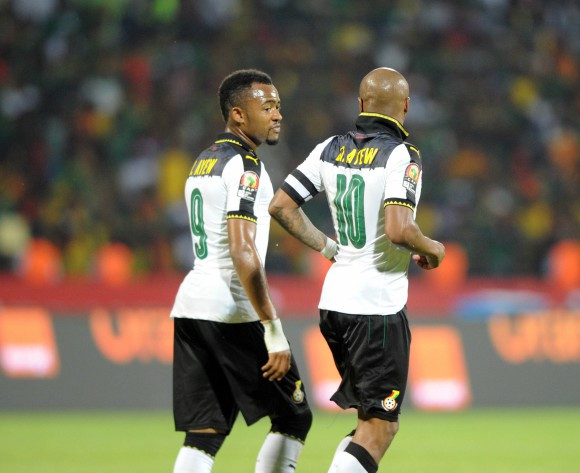 Black Stars captain, Andre Ayew and his brother Jordan, will start for the team in tonight’s Group F match against Benin in the ongoing 2019 Total AFCON tournament in Egypt.

The match will be the first official match for Andre since he was named captain for the tournament.

However, deputy skipper, Kwadwo Asamoah, and general captain, Asamoah Gyan, will start on the bench for the match.

The starting team was announced by the Ghana FA’s official Twitter handle on Tuesday afternoon.

Coach Kwesi Appiah has named his team for this evening’s game against Benin. #BlackStars

The rest of the team has Richard Ofori in goal with Andy Yiadom, John Boye, Kassim Nuhu and Lumor Agbenyenu, completing the defense.

In midfield, Mubarak Wakaso and Thomas Partey form a pivot with Jordan Ayew, Christian Atsu, and Thomas Agyepong playing behind Andre Ayew in what looks like a 4-2-3-1 formation.

The match kicks off at 8pm Ghana time while the Cameroon vs Guinea-Bissau match will be played at 5pm Ghana time.