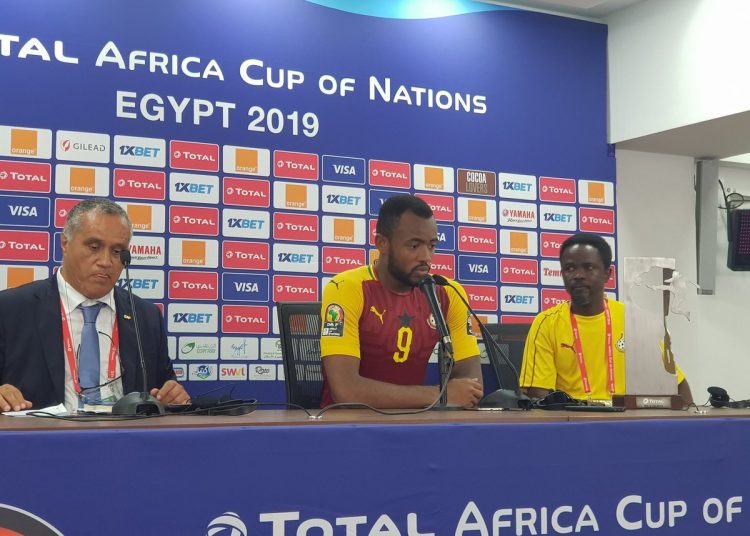 Black Stars forward, Jordan Ayew, may have been the best of the 22 men who featured in Tuesday’s Group F clash between Ghana and Benin in the 2019 Total Africa Cup of Nations in Egypt but left the pitch in a rather torn state emotionally.

The award for his good performance did not match the result he wanted from the game as Ghana drew 2-2 with Benin.

#TotalAFCON2019
And the winner of the Total Man of the Match is J. Ayew!#GHABEN #FootballTogether pic.twitter.com/TJz00YKudq

The Swansea City forward, who spent last season on loan at Crystal Palace, scored Ghana’s second of the night in the 42nd minute to put the Black Stars ahead after they had fallen behind in the 2nd minute.

The result left Ayew quite unhappy but he chose to be philosophical about things.

“I am experiencing mixed feelings because I wanted to win the game. I wanted the three points but unfortunately, we could not get them due to the difficulties that emerged after the red card (to John Boye).

But fair play to Benin, my team mates and I think it was a good game for the fans. That is what football is all about. It is about making happy but I have mixed feelings.”

Jordan Ayew and his team mates will have to pick themselves up and get ready for their second game of the group against Cameroon on Saturday.