#AFCONonCiti: “Ghanaians expect us to win the AFCON” – Kwadwo Asamoah 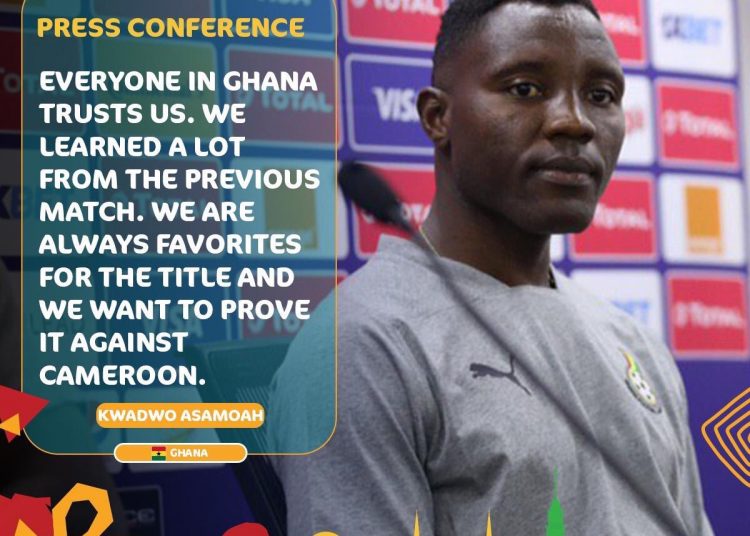 Ghana vice captain, Kwadwo Asamoah, says expectations by Ghanaians for the team to win the 2019 Africa Cup of Nations are justified.

Kwesi Appiah’s team opened their Group F campaign with a 2-2 draw against Benin, ending the game with 10 men after John Boye’s red card very early in the first half.

The Black Stars take on Cameroon in a must win game on Saturday amidst pressure from Ghanaian fans who have questioned the team’s ability to end the country’s 37 year wait for an AFCON title after in the aftermath of the Benin game.

The Inter Milan man says he fully understands why Ghanaians expect them to win the AFCON.

“Everyone in Ghana is expecting a lot from us; they strongly believe we are the team that can bring the cup home.

“And that’s because we are a team that is very united. If you come to the team, you can’t tell who is senior player or new player and I think with this, we can do it,” Asamoah said.

“We didn’t start well but I still believe we are going to make it. I know they still support us because they know in most tournaments this happens to us. We don’t start well.

“We drew the game, we didn’t lose. But I believe that it [the draw] will push us and motivate us. It will not be easy against Cameroon, but I believe we can make it,” Asamoah said at the team’s prematch press conference.

With uncertainty around the fitness levels of captain Andre Ayew, Asamoah is expected to start the game tomorrow but the former Juventus midfielder, when asked if he would play against Cameroon, gave an evasive response.

#AFCONonCiti: Appiah on potential early exit -“You must be prepared for anything”

#AFCONonCiti: Appiah on potential early exit -"You must be prepared for anything"