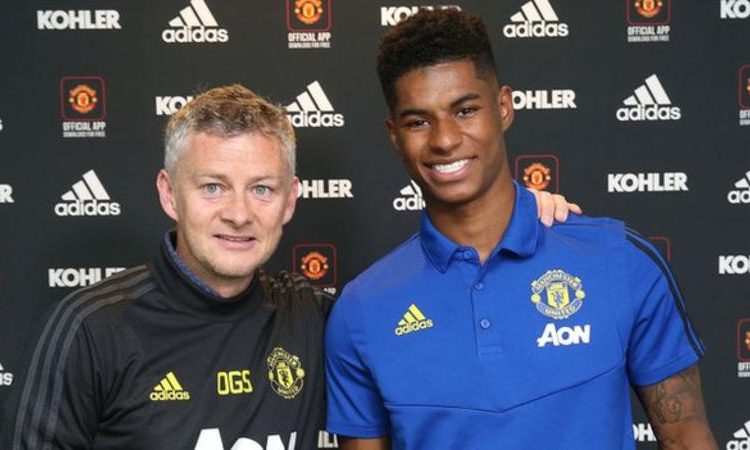 Manchester United striker Marcus Rashford has signed a £200,000-a-week contract to commit him to the club until June 2023, with the option to extend for a further year.

The England forward, 21, joined United as a seven-year-old and rose through the youth ranks, making his senior debut in February 2016, aged 18.

“This club has shaped me, both as a player and as a person,” Rashford said.

“So it is such a privilege every time I get the opportunity to wear the shirt.”

“Manchester United has been everything in my life since I arrived here at the age of seven.

“I will be giving everything I have to help get this club back to where it belongs and deliver the success that our fans deserve.”

Wythenshawe-born Rashford has made 170 appearances for the Reds and won 32 caps for England.

United manager Ole Gunnar Solskjaer, who was appointed permanent boss at his former club in March, said Rashford is “one of the most talented English players of his generation”.

“He is an outstanding player; blessed with natural pace and energy,” Solskjaer added.

Rashford is the third piece of major business for Solskjaer in the close-season transfer market, following the arrivals of Swansea and Wales winger Daniel James and right-back Aaron Wan-Bissaka from Crystal Palace.