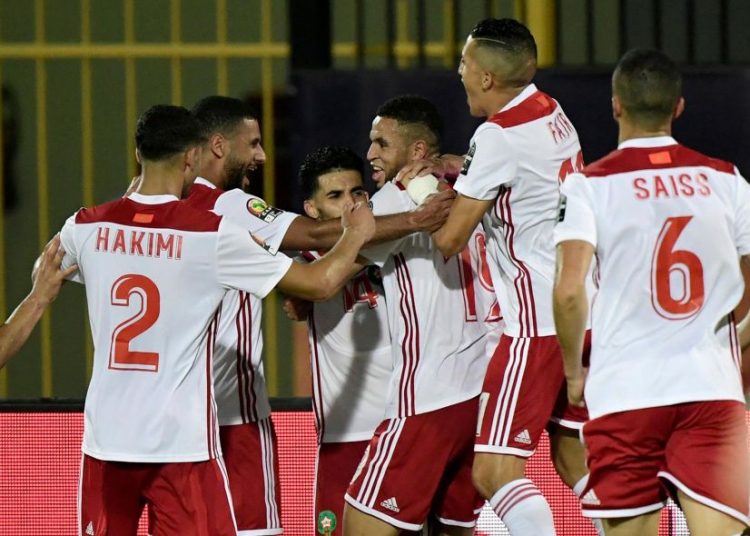 Morocco assistant head coach Patrice Bommel was full of praise for the Moroccan players after the first-ever victory over South Africa at the ongoing African Cup of Nations. The Moroccans recorded a trio of 1-0 wins over Namibia, Côte d’Ivoire and South Africa to finish top of Group D.

In their final match against South Africa, the Atlas Lions had to wait until the 90th minute to take the lead through Al-Shabab midfielder Mbrak Boussafa. A draw would have been enough to top the group, but a win adds to the impressive momentum the Atlas Lions are building.

Bommel felt the performance was not particularly exciting but getting the win so late showed their character as he commented on the game “We didn’t play particularly well. It was a balanced game, but we did well to get a late goal”

Morocco haven’t won the trophy since 1976 but with two-time winner Hervé Renard at the helm the North Africans will be confident of going all the way in this year’s edition.