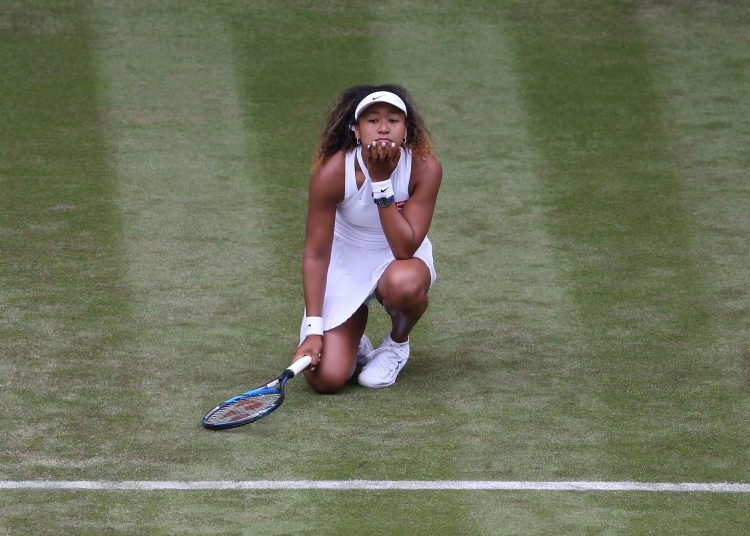 Second seed Naomi Osaka has been dumped out of Wimbledon in the first round, losing 7-6 (7-4) 6-2 to Yulia Putintseva of Kazakhstan.

Japan’s Osaka, the US and Australian Open champion, has suffered a dip in form in recent months and struggled throughout her match on Centre Court.

Osaka told journalists she felt like she was “about to cry” after the match.

“There are answers to questions that you guys ask that I still haven’t figured out yet,” said the 21-year-old.

Osaka, who became the first top-two seed to lose in the opening round at Wimbledon in the women’s singles since Martina Hingis in 2001, was 3-1 up in the first set before she was broken back and edged out in the tie-break.

She was then broken in the fifth and seventh games of the second, before her 38th unforced error gave the world number 39 victory.

“I wouldn’t blame my age on anything,” said Osaka, after being asked if it was a factor in the defeat.

Putintseva also defeated Osaka at the grass-court event in Birmingham in June and the former world number one said that played on her mind.

“I feel like I should have been able to play well today because I wasn’t practising bad,” she added. “You never know what’s going to happen during matches.”

Putintseva, 24, impressed on her first outing on Centre Court and said it was “amazing” to progress against Osaka.

“I did a good job out there. I’m very happy now,” she said. “Every match is a battle, but you never know what’s going to happen. I was hoping I would do my best.

“Every year I feel better on grass, although I think clay is my better surface.”

The Kazakh will now face Swiss world number 81 Viktorija Golubic in the second round.

In the build-up to her opening match, Osaka said she had struggled with the “stress and pressure” of being world number one, which she earned by beating Petra Kvitova in Melbourne in January to win her second successive major.

Since that victory, she has only reached one semi-final and also lost her top ranking to French Open winner Ashleigh Barty.

On Monday, aside from the numerous unforced errors, luck also deserted the Japanese player when Putintseva’s mis-hit backhand caught the edge of the line and earned her a break for 3-2 in the second set.

Osaka wasted an opportunity to break back when she fired a straightforward volley wide as her opponent grew in confidence and closed out the set.

She now has two months to put things right before her defence of her US Open title.