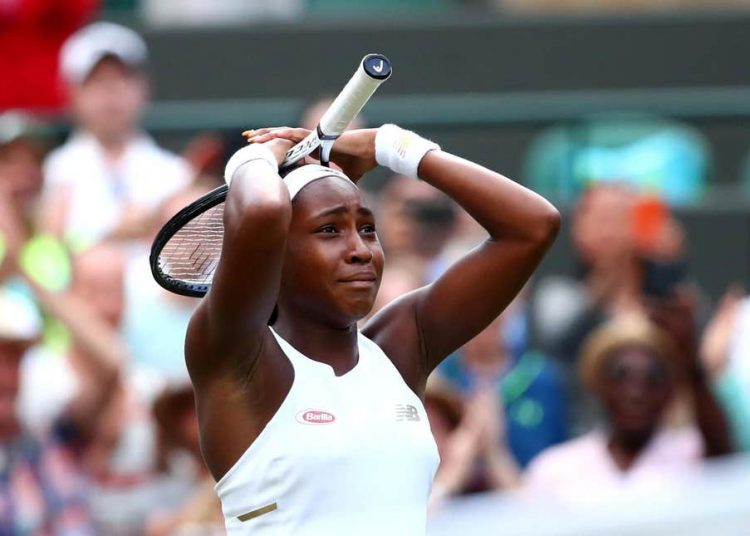 “It’s the first time I have ever cried after winning a match,” said Gauff, who previously said Venus and sister Serena were her “idols”.

“I don’t know how to explain how I feel.

“I definitely had to tell myself to stay calm, I had to remind myself that the lines are the same lines, the courts are the same size and after every point I told myself ‘stay calm’.”

Gauff will play Slovakia’s Magdalena Rybarikova – 15 years her senior – in the second round.

Williams turned professional 10 years before her opponent was born, with Gauff being the youngest player to qualify for the main Wimbledon draw since the Open era began in 1968.

She previously said the Williams sisters inspired her to first pick up a tennis racquet.

“Venus told me congratulations and keep going, she said good luck and I told her thanks for everything she did,” Gauff added.

“I wouldn’t be here if it wasn’t for her – I told her she was so inspiring and I’ve always wanted to tell her that but I’ve never had the guts to before.

“My parents will be super happy, my dad was jumping up every time I won a point. I’m so happy they spent all their time on me and my brothers and making sure we’re successful.

“I never thought this would happen. I’m literally living my dream right now.

“I’m really happy Wimbledon gave me the chance to play, I never thought I would get this far.”

In a sharp introduction to the Wimbledon stage, Gauff initially struggled to return Williams’ serve but she soon impressed with big serves of her own.

Gauff, who won the French Open junior title last year, went a break up on Williams for 3-2 in the first set, proving a solid wall that her veteran opponent simply couldn’t break down, hitting only two unforced errors throughout the set.

After sealing the set in 35 minutes, she went a break up in the second after Williams double-faulted, only to do the same herself on her own serve as Williams looked to claw back.

She went on to scupper three match points before Williams created a break point, but she failed to capitalise on the chance as Gauff clinched a memorable win on the fourth time of asking.

It marks only the second time Williams has been beaten in the first round at Wimbledon since her 1997 debut.

Asked about Gauff’s future, Williams said: “I think the sky’s the limit, it really is.

“She did everything well today. She put the ball in the court, which was much better than I did. She served well, moved well. It was a great match for her.”