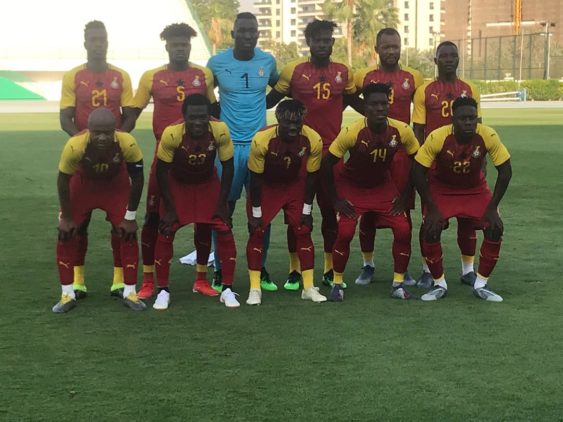 The GFA Normalisation Committee has released a statement to apologise to fans of the Black Stars following their elimination from AFCON tournament in Egypt.

The team lost 5-4 to Tunisia on penalties on Monday in the Round of 16 after the match ended 1-1 after extra time.

The result means that Ghana will have to wait for another edition of the AFCON to see if they can win their 5th African title.

The committee said that the exit had provided another opportunity for the nation to work hard to reform football in Ghana and that it was working to ensure the betterment of the local game.

The Normalisation Committee of the Ghana Football Association is extremely saddened by the exit of the senior national football team, the Black Stars from the Total CAF African Cup of Nations.

Like our expectant compatriots, we anticipated an exciting tournament, which would culminate in a successful climax of ending our agonising 37-year for the Afcon trophy.

The African Cup of Nations has become competitive over the years, and with the historic increase in the number of participating teams, we were well aware of the challenging task which awaited the Black Stars in Egypt.

Therefore, the Normalisation Committee, with the concerted efforts of key stakeholders, particularly the Government of Ghana, set out to ensure the best of preparations for the Black Stars towards achieving the national objective of ending our Afcon trophy-drought.

The pre-tournament international friendly in Accra, the early camping in Dubai, the friendly matches and incentive packages for the team were all part of plans and processes towards achieving the elusive dream of winning the African Cup in Egypt.

Unfortunately, our dream, once again, has ended in disappointment, despite the promise the team’s early promise in the group stage, especially having improved considerably in our final group match h with Guinea Bissaeu.

The Normalisation Committee understands the national mood of disappointment, following our painful elimination through the nerve-racking penalty shootout defeat to to Tunisia.

On behalf of the GFA and the football fraternity, we wish to apologise to the good people of Ghana for the painful exit of the Black Stars.

As we have always maintained, the future of Ghana football is bright, but we can only reclaim our lost glory if the football fraternity remains focused on the development of our game to catch up with our rivals in the world, especially on the African continent.

This early elimination of the Black Stars is another sad reality for the football fraternity and the nation to a larger extent, to have a second look at our football blue print moving forward.

The Normalisation Committee is confident that the restructuring process we have started since last year, will lay a solid foundation on which the future of Ghana football would be built; first and most importantly, to strengthen and improve our domestic football infrastructure, club administration and finances, and turn around the local league to be exciting, player-crazy platform, as well as fan and sponsorship- attractive.

All these together, will help us claim our top of place position in regional, continental and world football in both male and female games.

We can’t end this statement without thanking various stakeholders, especially the President, Government (through the Ministry of Youth and Sports and other agencies), the Parliamentary Select Committee on Youth, Culture and Sports, as well as the people of Ghana for their committed support to the Black Stars for this Afcon campaign.

His Excellency President Akufo-Addo demonstrated his personal support towards the team during the qualifiers, before and during the tournament. The Government of Ghana also showed its strong support to the team by providing whatever the team needed for a successful campaign.

We also appreciate the support of GNPC to the team.

Finally, we salute the good people of Ghana for their unwavering support to the Black Stars throughout the tournament.

Even when the going was tough for the team after its stuttering start with successive draws against Benin and Cameroon, Ghanaians remained solidly behind the team and lifted them up through encouraging words, especially on social media back to its glory days.

We also acknowledge the role of the media in rallying support for the team before and during the campaign.

The Normalisation Committee will continue to solicit and count on the support of Ghanaians as we continue with the arduous, but surmountable task of restoring Ghana football back to it’s glory days.

The team is expected back in Ghana before the close of the week before the players head back to their clubs for the start of pre-season training.