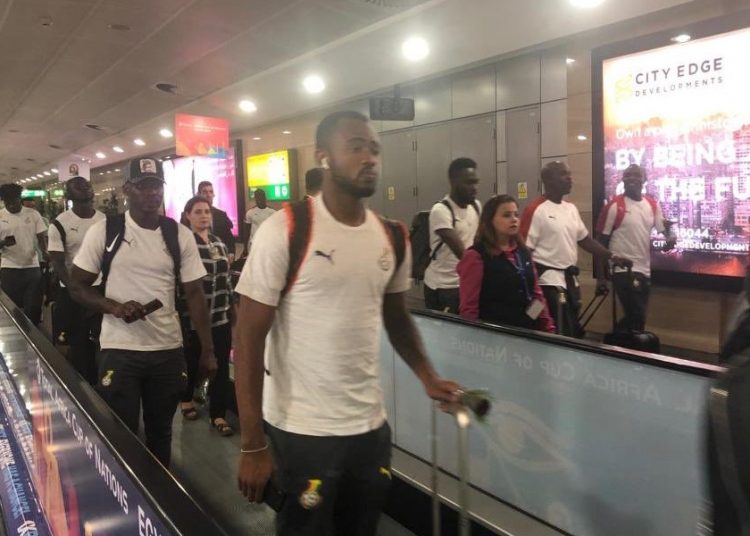 The Black Stars of Ghana have arrived safely into the country after they were dumped out of the 2019 AFCON.

However, there were a number of players missing from the 23-man squad that went to Egypt.

Notable among those who didn’t return Thomas Partey and Andy Yiadom who reportedly left Cairo for their various clubs.

Upon the team’s arrival at the Kotoka International Airport, the usual camp mood prior to the games at the tournament had always been joyous, with lots of singing and dancing but their return was in stark contrast, with hardly any fuss being made by the players or the staff.

The team lost on penalties to Tunisia who, before the game, were eager to rewrite the history scripts.

The North Africans had never won a competitive game against Ghana but they broke that jinx after they eliminated the West African giants from the tournament.

Here is a list of the players who travelled back to Accra: