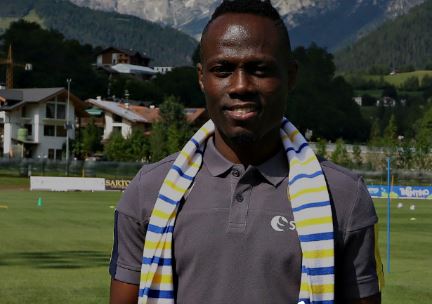 Ghana midfielder, Emmanuel Agyemang Badu, has joined Italian Serie A side, Hellas Verona, on loan from Udinese ahead of the new Italian season.

The deal was announced by Hellas Verona via their official Twitter handle on Saturday after the two teams agreed on terms.

Hellas are trying to get enough experience into their team for the coming season after they gained promotion to the top tier from Serie B and thus, they see Agyemang Badu as a good piece for their team.

In addition, they have gained the signatures of Salvatore Bocchetti from Spartak Moscow and former Portuguese international, Miguel Veloso.

Per reports from Italy, Hellas Verona will pay Udinese 400, 000 euros in loan fees.

Agyemang Badu is expected to join the team for training as they get ready for the new campaign.

The player played only four times for Udinese last season in the league and spent the 2017/ 2018 season on loan at Bursaspor in Turkey.