Becomes the second Ghanaian to sign with an NBA Team 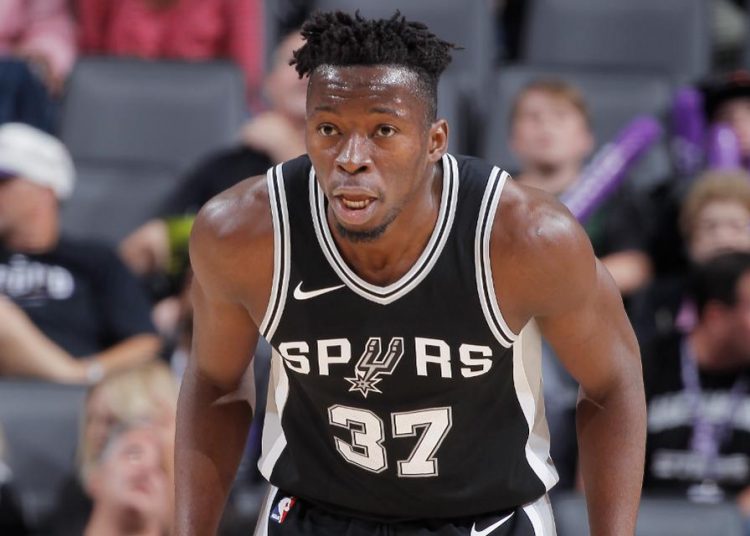 The Indiana Pacers have agreed to a one-year deal with free agent big man Amida Brimah.

Brimah went undrafted in 2017 after a four-year career at UCONN which also saw him win a national championship in 2014.

Brimah has bounced around the NBA and G League over the course of the past two seasons, averaging 7.7 points and 7.8 rebounds per game with the Austin Spurs.

According to reports the deal is for one year and has a partial salary guarantee.

The guaranteed amount is $50,000 since Brimah will be signed to a contract that contains an Exhibit 10 clause.

Exhibit 10 clauses are a part of one-year deals, and they have a little twist. The $50k referenced above isn’t actually the players salary, it is a bonus.

All exhibit 10 contracts are minimum salary deals that span a single season. If the player is waived before the start of the season and then signs with the organization’s G League affiliate club, they receive the aforementioned $50k bonus.

So if Brimah doesn’t make the Pacers final roster and is waived after training camp, he can receive $50,000 if he signs with the Fort Wayne Mad Ants and stays with the team for at least 60 days. If he makes the Pacers roster, he receives the veterans minimum.

In addition, a deal with an exhibit 10 clause can be converted to a two-way contract at any time. The Pacers have options with Brimah if he impresses. Contracts with this clause do not count against the salary cap if the player is waived. They are very team friendly while also giving players a chance to compete for a roster spot and receive guaranteed money.

Brimah joins the Pacers after playing in Las Vegas Summer League with the Brooklyn Nets. There, he averaged 6.2 points, 4.5 rebounds, and 2.2 blocks in just 12.5 minutes per game.